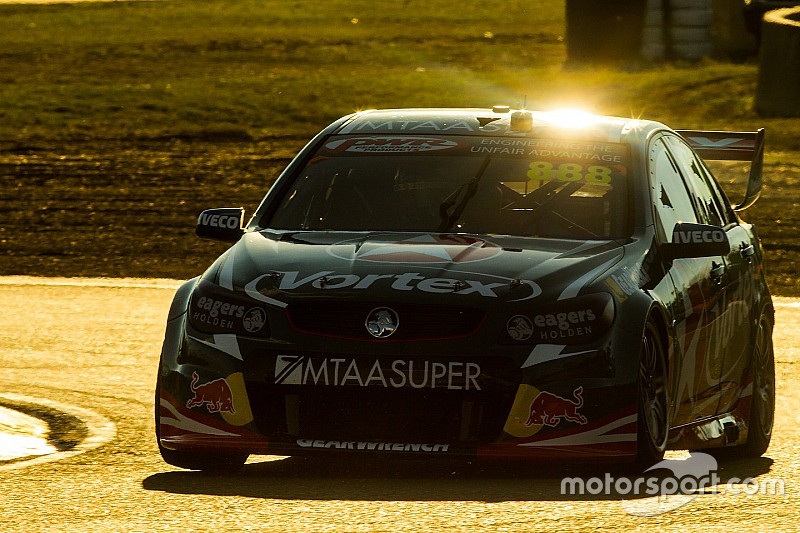 Lowndes had a tough weekend in Townsville earlier this month, but bounced back hard at Queensland Raceway over the weekend with a third in Race 1 and a stunning win in Race 2.

That need to bounce back, however, is something he has to fix if he’s to take the title fight to team-mates Jamie Whincup and Shane van Gisbergen, according to the veteran.

“We believe we’re still in the fight, for sure,” Lowndes said.

“There’s still blanket over four or five cars up the front, and there’s still a lot of racing to be done.

Lowndes added the endurance rounds will be crucial in deciding who will and won’t be part of the final run to the Sydney 500 in December.

“We’ve still got the enduros to go, there are still 900 points from those three races,” he added. “I’ve always believed that once you come out of the Gold Coast, you know where you filter in or out.”

Whincup, who extended his points lead with two seconds at Queensland Raceway and is now 110 points clear of van Gisbergen and 120 clear of Lowndes, agreed that there is still a lot to play out before a genuine favourite will emerge.

“Don’t say I feel comfortable about the championship, that’s not the case at all,” he said. “It’s absolutely wide open, it’s still five or six horse race at least. We’re nowhere near the finish.”