Walkinshaw Andretti United has secured a new major backer for the remainder of the 2019 Supercars season.

The team was unexpectedly left without a naming rights sponsor when fuel wholesaler Mega Limited – signed to a multi-year deal – was put into receivership at the end of August.

The void was temporarily filled by long-time backer Mobil 1 at Pukekohe last month, as the team looked for a more permanent replacement.

That's now been achieved, WAU confirming that the Winning Group will back the team for the remainder of the 2019 season.

The new liveries will debut at next week's Bathurst 1000.

“There is a fantastic synergy between my family and the Winning Group, so it’s great to be able to come together with a likeminded, family business for the rest of the Supercars season, at some of the biggest races of the year," said team co-owner Ryan Walkinshaw.

“Winning Appliances and Appliances Online offer an immersive and premium shopping experience. As Australia’s leading appliance retailer, their business foundations are something that resonate with us all.

“We as a team cannot thank John Winning, and the entire Winning Group enough for their commitment and support. We will be doing everything we can to ensure it’s not only a winning partnership off the track, but on it as well.

“We really appreciate the support of Mobil 1 who stepped up in Auckland, their support over the last 26 years is unquestionable, but we are also really excited to welcome a new partner in the Winning Group into our family.” 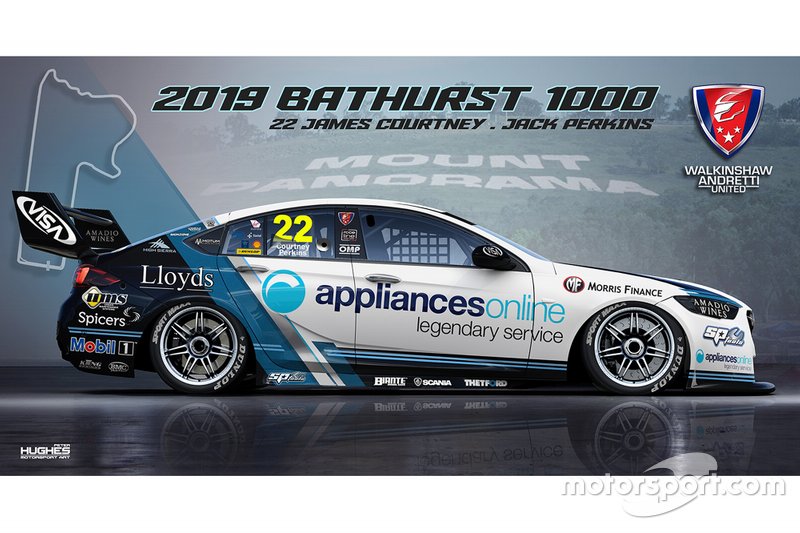