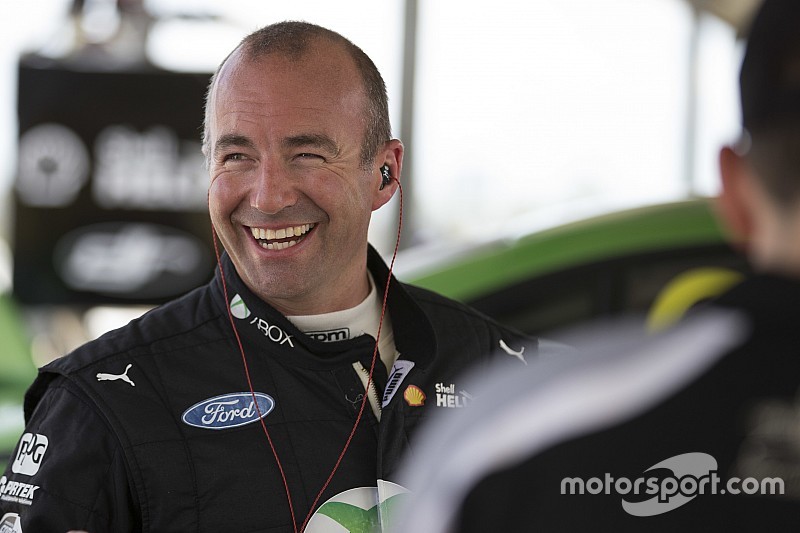 Marcos Ambrose says his shock retirement as a full-time Supercars driver in the early stages of the 2015 season happened simply because he knew that his ‘time was up’.

The two-time Supercars champion turned NASCAR race winner made a high-profile, but ultimately short-lived, return to Supercars racing when he inked a deal with joint venture team DJR Team Penske for the ’15 season.

The Tasmanian effectively called time on his full-time career after just two race meetings, stepping aside after the Australian Grand Prix to let reserve driver Scott Pye take over the single DJRTP Ford for the remainder of the season.

Ambrose did come back for the 2015 endurance races, but has now stepped away from front-line professional competition altogether.

While the shock retirement was deemed mysterious at the time, Ambrose always maintained that his decision was purely his way of putting the team first.

And, speaking to renowned motorsport commentator Greg Rust during a presentation at the Confederation of Australian Motor Sport’s awards night in Melbourne late last week, Ambrose admitted that he just knew his time was up.

“Sure it’s an elephant in the room; why come back after a successful NASCAR career and stop in V8s after two races when I wasn’t winning in V8 Supercars, I was struggling,” Ambrose said during a Q&A session. “And I think that’s the reason. My time was up.

“The deal with Roger and Team Penske and Dick [Johnson], it was really formulated a year and a half beforehand where a conversation occurs you say ‘if you ever did that Roger I’d love to drive for you’, and you kind of leave it at that.

“And then a year and a half later the phone call comes and it’s on. And it’s like ‘oh shit, is this really what I should be doing now? Because I’m feeling pretty tired and worn out from my American thing’.

“I thought it’d be right, I’d come home and it’d work itself out. And then the situation that DJR was in at the time, where they were in this transition phase – and they still are, they’re getting better and better each race, you can see their progression, but it takes time. I knew it. So when you come back, and I’m struggling to adapt from NASCAR back into a modern V8, the testing restrictions, and the tyres are hard, and I’m confused and tired from the States… and then you see ‘shit, to get out of this is going to take three years, to dig yourself out of this hole’.

“And I realised that I’m not the right person for that team in the phase that they’re in. I need to get out of the way. And that’s what I did.

“There are no regrets there. I’m really happy with the choice. It’s just unfortunate that I let people down, that’s what really bugs me today.

When asked if there was any chance he’d make a comeback to motor racing, in any capacity, Ambrose hinted that his time in the paddock may not be over entirely, even if his professional driving career is.

“My days of professional driving are done. Racing, once it’s in your blood it’s in there for good. And when I see guys like [John Bowe] still going at it and winning races, it’s a lot to be committed to just for the pure enjoyment of it. That’s what racing is meant to be about.

“You’ve got to love it. And I certainly still have a love for the sport.”