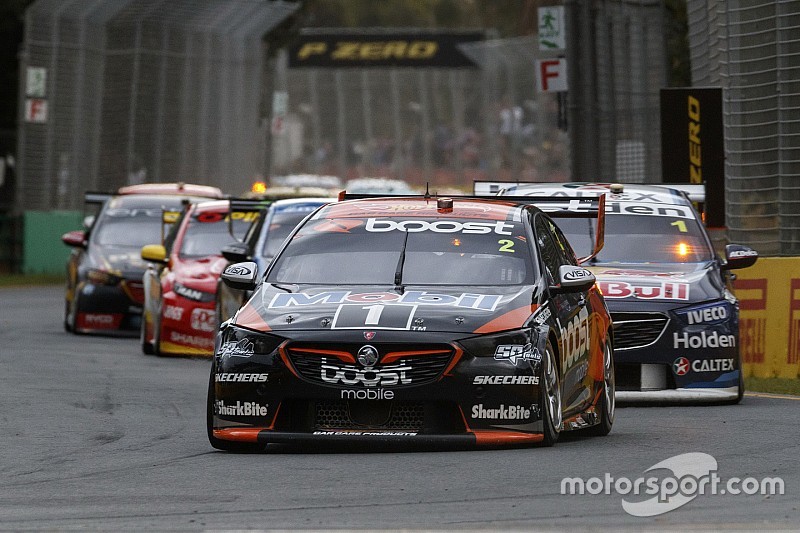 McLaren executive director Zak Brown says the introduction of twin-turbo V6 engines to the Australian Supercars series is a mistake.

Factory Holden squad Triple Eight is set to introduce a twin-turbo V6 engine to the category as a Wildcard entry later this year, ahead of a wider roll-out which will be made available to Holden teams in 2019.

The move comes as part of the Gen2 regulations, introduced last year to try and entice new manufacturers by allowing two-door bodyshapes and four and six cylinder engines.

Holden has been the first to make use of the new regs, with the hatchback ZB Commodore that debuted this year, and the V6 engine in development.

However, not everyone is impressed with the V6 engine plan. Brown, who also co-owns the Walkinshaw Andretti United Supercars squad, went as far as labelling it as mistake during his trip down under for F1's Australian Grand Prix.

Rather than a V6 engine, Brown reckons the V8s should be paired with hybrid technologies.

"Technically I think it would be a mistake to go to this talked-about V6 engine," he said.

"I think if you look at [Saturday's] race, that was perfect, and so why change to a technology that's going to cost more money? As soon as you have more money being spent that's going to broaden the gap between the haves and the have-nots, so I think you want some stability.

"Maybe some hybrid in the future would be a good technical relevance, but I think manufacturers needs to use it, and I have this debate in Formula 1 all the time – it's less about what's under the bonnet, as in the car on the street, it's about training the engineers, it's about racing, it's about being competitive, it's about understanding technology to how to apply them to a road car as opposed to it being 'we’re going to take that engine out of that car and we're going to drop it into another'.

"So I think they need to tread carefully on… it's a sport and entertainment, and somewhere where Formula 1 has gone wrong. And needs to fix itself."

Brown added that he would be open to using the Gen2 regulations to bringing a new model to the sport, hinting at a GM favourite.

"I think a Camaro racing in the series would be really cool..."

Brown also hit out at make-up of Triple Eight's factory Holden deal, claiming that the current set-up is unfair.

As it stands, Triple Eight – as the factory Holden team – undertook all of the development and manufacturing of the new ZB Commodore, before then selling parts to the other Holden squads.

The same goes with the V6 engine, Triple Eight leading the development with its engine partner KRE and GM in the US.

"I think we need to attract more manufacturers and in the way of Holden, and I'm not getting to see it here, I don't think that's the best way for the series to be distributing through a factory team," he said.

"I don't think it's fair. I think it gives Triple Eight a unfair advantage because they ultimately get to develop the parts, see the parts, test the parts, learn the information, and then they actually learn from the teams because when we get the parts and have issues we need to go and share with them what our challenges are.

"But that information doesn't come back our way. So I think when manufactures come into the sport, if they're just with a team that's fine, but if they're then going to supply other teams in the racing series I don't think you should do that through a factory team.

"I see that in all different forms of motorsport, so I think they need to fix that because I don't think that's right."