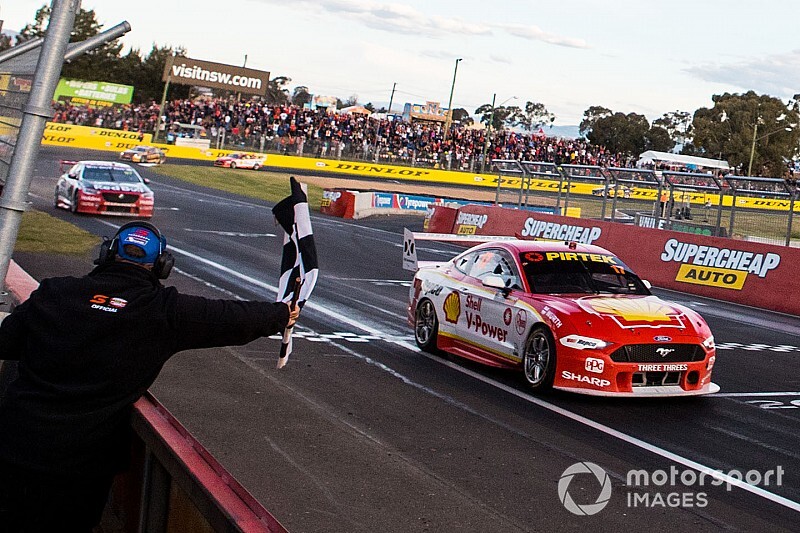 Scott McLaughlin says he feels like he and Alex Premat are the deserving winners of this year's Bathurst 1000, as the team orders controversy continues.

McLaughlin held off Shane van Gisbergen in a thrilling finish at Mount Panorama last Sunday to claim he and Premat's first Bathurst crown.

However his DJR Team Penske squad was later charged with a team orders breach for instructing Fabian Coulthard to slow down behind the Safety Car in the final third of the race.

That means the results of the race are technically provisional, and will stay that way until the matter is heard by the Confederation of Australian Motor Sport next week.

McLaughlin being stripped of his win is highly unlikely, with fines and teams' points penalties the expected outcome should the team be found guilty.

Speaking on Fox Sports' The Loud Pedal podcast, McLaughlin admitted that he's been frustrated by the controversy, but that there's no doubt in his mind he's a deserving Bathurst winner.

"We had the fastest car all weekend, we broke the lap record multiple times, we started from pole," he said.

"We did our best job, when we could we lived for the now on the fuel saving strategy and then at the end we got a fair crack with [van Gisbergen] after the Safety Car restart.

"We deserved to win that race, I believe we won it fair and square, it just sucks we have to deal with all this stuff and what probably should be the greatest week of my life. I’m not going to lie, it has been a bit sad and it could have been a lot better for us to enjoy it.

"I think from my point of view and Alex’s point of view, we have enjoyed it as a pairing. But it has been a bit noisy and frustrating not to fully enjoy it."

Some rivals have fiercely hit out at DJRTP's tactics, public claims of foul play leaving a bad taste in McLaughlin's mouth.

"What they’re saying is completely wrong. I think it’s ridiculous. We didn’t do anything of that sort," he said.

"Bathurst is always unpredictable and there’s always woulda, coulda shoulda stories, and I think there’s some people in other teams that should be focusing on their internal team issues before they kick on about us. And that’s what pisses me off a lot about the whole thing."

McLaughlin also outlined how teammate Fabian Coulthard has been struggling through a barrage of negative feedback, which – according the race winner – has even included death threats.

Shortly after the end of Sunday's race Coulthard declared he wanted to "clear his name" after emerging from the cockpit to an immediate wave of online abuse.

However McLaughlin claims it's the media's handling of the issue, rather than what transpired during the race, that's led to Coulthard being subjected to the online hate.

"He’s struggling. It’s been bloody hard for him, for the team, for Alex and I too, it’s not the place we want to be in," he said.

"As we always do we’ll stick together as a team and get through it.

"But what I’ll say is social media is out of control. So-called fans sending him death threats to drivers like Fabian is pathetic.

"People sending that kind of bulls**t to real people who have families, who have real lives, to deal with it is really... for me it’s unacceptable and it’s all created by the media controversy that has been blown out of proportion."