The Kiwi's Penske Mustang ended up on its side after heavy impact with the wall on the outside of the first chicane during a Shootout simulation at the end of regular qualifying.

McLaughlin walked away from the crash, medical staff clearing him of any serious injuries.

However he'll still miss today's race, the impact – reported to have been as high as 42G – leaving his Mustang too damaged for a quick repair.

"My motherhood is hurting. And my heart. But that's it," said McLaughlin, referencing some sensitive body parts impacted by the car's six-point harness.

"I'm just terribly sorry for everyone at the team. They gave me a great car.

Detailing the crash, McLaughlin said he was surprised that light contact with the inside wall sent him so violently into the outside wall.

"We tried to do a Shootout lap there, just practicing for the Shootout, and I just clipped the wall, the concrete there... I've done it all weekend, but I clipped it further around the corner," he said.

"It surprised me. When it hit, by the time I was on my side, I was like jeez... it all happened real quick.

"I've given myself a clip around the ear.

"It all happened so fast, I was still trying to save it. I probably should have let go [of the steering wheel] if I had a bit more time, but when I hit it I was up on my side.

"I was like 'this is going to look pretty spectacular'. I was more worried about people hitting my roof. Then I saw the fluid and I thought 'I don't know what that is, so I better get out'."

McLaughlin had been set to wrap up the 2019 Supercars title today, but is now likely to have to wait until at least the Sandown 500, unless Shane van Gisbergen fails to score 14 points. 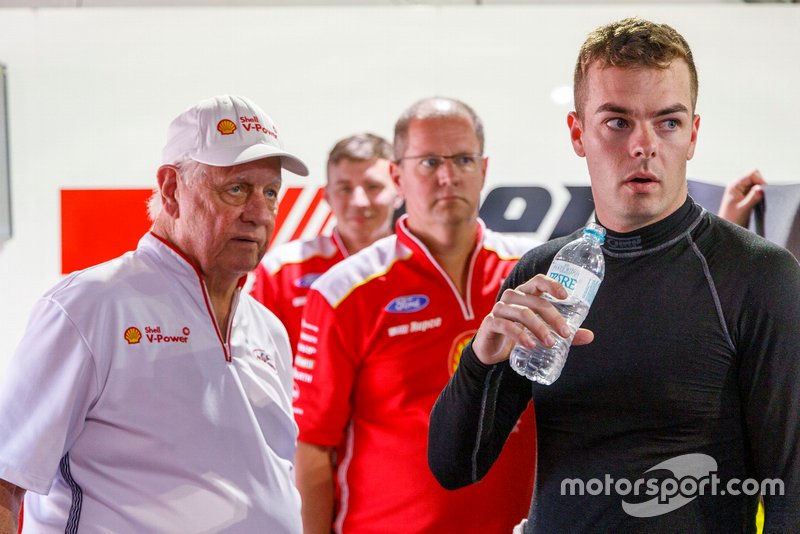 Team orders suck, but losing a championship would be worse

Dick Johnson Racing has launched a brand new book that will celebrate its journey to 1000 races.

Supercars has created a new forward thinking executive role that will be filled by major events specialist Tim Watsford.

David Reynolds has formally committed to Grove Racing beyond the end of the current Supercars season.

A number of Supercars teams have unveiled fresh liveries ahead of the Bathurst 1000, including a second 1990s throwback.