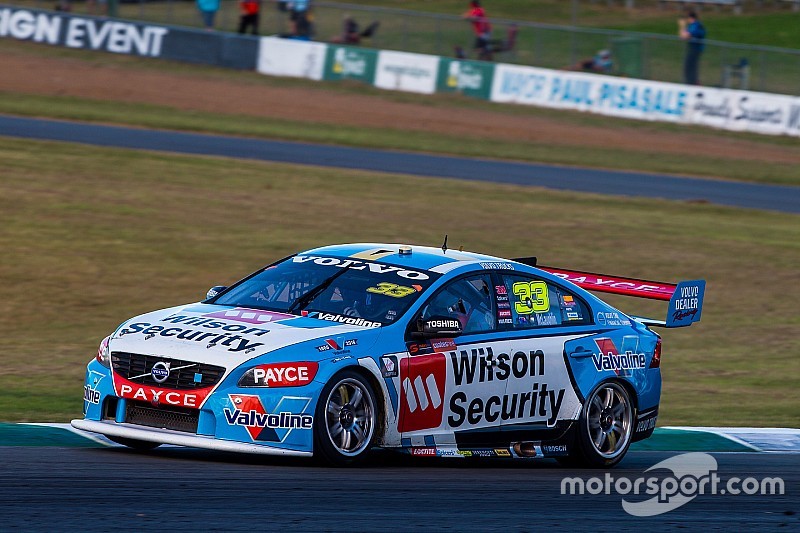 Scott McLaughlin says he needs to rectify his current dip in form if he wants to be a Supercars title contender this season, but says he and the Volvo GRM crew a long way off giving up.

After a tough Townsville weekend, where he retired in Race 1 and finished fifth in Race 2, McLaughlin had another difficult day at Queensland Raceway today, coming home just 15th.

Now sitting 249 points behind championship leader Jamie Whincup, McLaughlin admits that he can’t afford for his dip in form to carry on for too much longer.

But he also says he’s a long way short of giving up on winning a title before he heads to DJR Team Penske next season.

“You can’t have too many days like this, that’s for sure,” McLaughlin told Motorsport.com.

“But we’re not giving up. There’s the enduros coming up, two 300-point races. Half the guys could DNF and suddenly we’re right back in it.

“Days like this hurt, but at the end of the day you can’t give up on what you think you can do.”

According to McLaughlin, it’s a lack of green tyre gain that is hurting his qualifying pace, and then leading to disappointing race results.

“We’re just missing that sweet spot. The category is so close now that if you ‘re at the wrong end of a tenth, you’re 14th instead of ninth,” he added.

“The last couple of qualifying sessions were we qualified badly, I have to take 50, 60 per cent on the blame. I just haven’t done the best job I could.

“The whole category evolves, and you’ve got to be on the ball.”

Far from being concerned about his team-mate beating him, McLaughlin says its a good sign as he and the team looks to recapture its front-running form.

“Moff is doing a fantastic job. He’s pushing me, which is great,” he said. “Today we started next to each other on the grid, so we were pushing the car 110 per cent.

“Obviously you want to beat your team-mate, but I’m not putting any additional pressure on myself.

"We’ve just got to get through this phase, and if anything it’s spurring me on to go faster. That’s exactly what the team needs.”