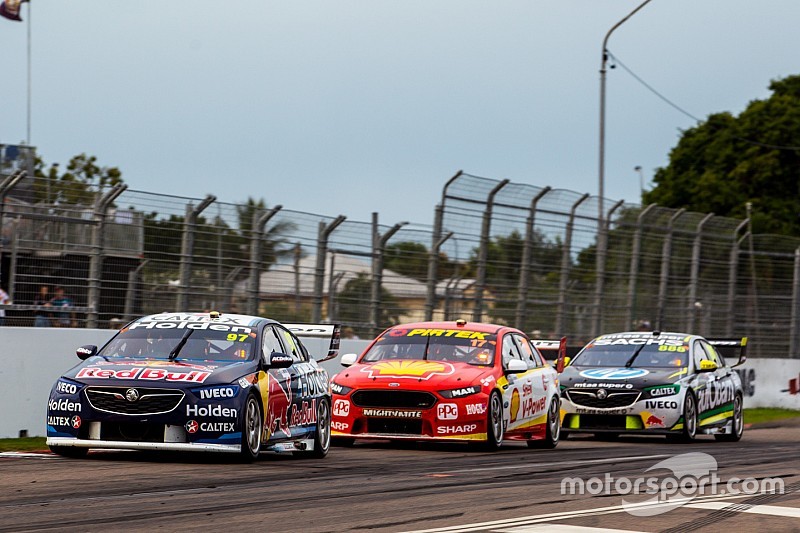 Scott McLaughlin is expecting his Ford Mustang to handle the all-important Townsville kerbs better than his Falcon did 12 months ago.

While McLaughlin still came out of the weekend with a pair of thirds, he says his Falcon's lack of pace over the Townsville kerbs sparked a re-think from the team regarding its approach to street circuits.

Having seen improvements both on the Gold Coast last year with the Falcon package, and then in Adelaide this year with the Mustang, McLaughlin is confident that he'll enjoy the Townsville circuit more this weekend than he did a year ago.

"We were strong at Adelaide, that was our first street circuit [of the season]," said McLaughlin.

"In Townsville last year we were really bad over the kerbs compared to other cars. We've made changes in that area, and we noticed a massive difference on the Gold Coast [last year] and Adelaide.

"So heading to Townsville it gives us a little bit more confidence. Hopefully we're there or thereabouts."

Despite his optimism – and the fact he's on a hot streak that includes 12 wins and 11 poles this season – McLaughlin is still refusing to rule out a stern challenge from Townsville specialists Triple Eight.

"They're really strong, they have always been strong here in the past," he added.

"Last year, this is where they really started their fight back in the championship.

"We're not discounting their pace at all, they're a quality outfit. But I know that I've got a great team behind me, so we'll push forward and do what we need to do to try and secure the best result we possibly can."

That Townsville could offer a golden opportunity for just the second non-Mustang win of the season is not lost on Whincup either, the seven-time champ confident that Triple EIght's "A-game" could be enough to topple DJR Team Penske.

“We’ll definitely take some confidence going in this weekend that we know we can do the job if we bring our A-game,” said Whincup.

“I’ve got confidence that the cars are going to be quick. We’ll make sure that we make the most out of Friday to make both cars fast and somewhere up the pointy end.

“I’m looking forward to the challenge. The competition is as strong as it has ever been, but I feel confident going in this weekend that we can be as good as anyone.

“It’s a track that really suits our cars, suits our style, and I seem to get the most out of myself every time I go there as well."