Scott McLaughlin has poked fun at his Ford Performance stablemates in the United States after winning on debut in the Supercars Mustang in Adelaide.

The reigning Supercars champion dominated the first leg of the Adelaide 500 in the brand new Mustang, charging from third on the grid to what was effectively a lights-to-flag win.

He did so in front of senior Ford Performance staff that have made the journey as well, including global director Mark Rushbrook.

Following the win, McLaughlin said that he'd promised Rushbrook and his team that he'd do what the NASCAR Mustang hadn't managed, win on debut, a cheeky reference to Penske driver Brad Keselowski's second-time-out win Stateside.

"It was very cool," McLaughlin said of the historic win.

"The NASCAR guys took the second week to get [a win], so I said we'd do it in the first. I hoped my words stood up to it, and it felt really good to get it today.

"It's really cool to see [Rushbrook], he's one of the first people I saw after the podium and it was my first win here so I was so stoked.

"The crowd was just incredible, I was so pumped." 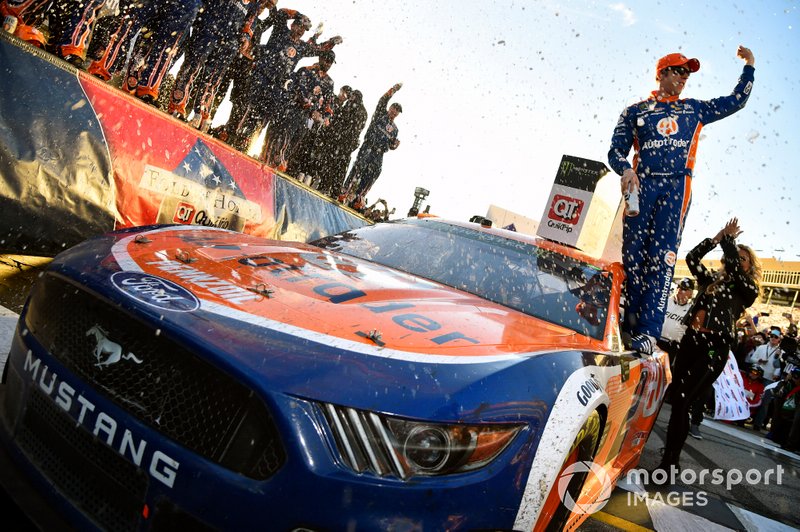 McLaughlin's stunning debut in the Mustang didn't just impress the Blue Oval crew either, with Holden driver Jamie Whincup, who finished a distant second, forced to admit he'd been "dusted" by the race winner.

The seven-time series champ did, however, say he was happy with the progress Triple Eight has made since a difficult pre-season test a couple of weeks back.

"Let's be honest, it dusted us pretty hard today," he said. "Well and truly up the road.

"My car was far from perfect. I'm not sure if we'll bridge the full deficit tomorrow, fingers crossed we can bridge half of it.

"We didn't know with the massive rule changes where we'd be. We came into this round not sure if we'd be at the front or the back.

"We're thankful we're at the front, but at the same time we got dusted pretty hard by car #17 [McLaughlin], which we're not happy about." 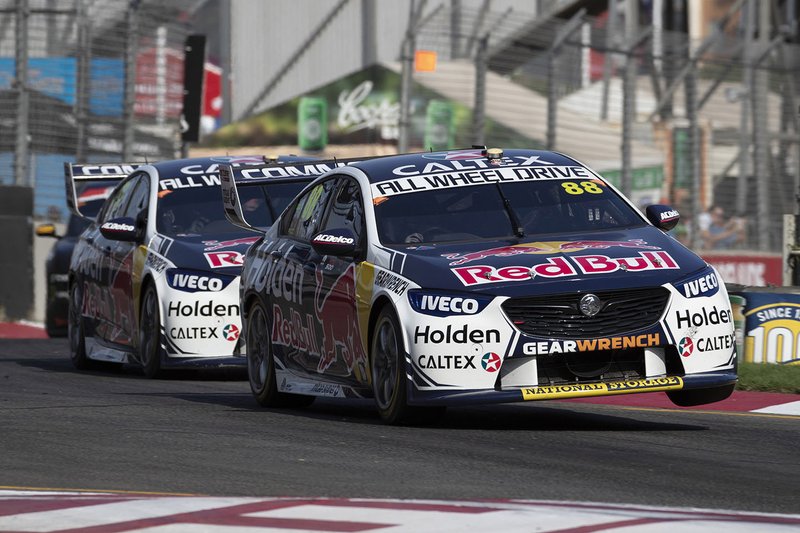 Why McLaren's special Monaco livery is such a hit