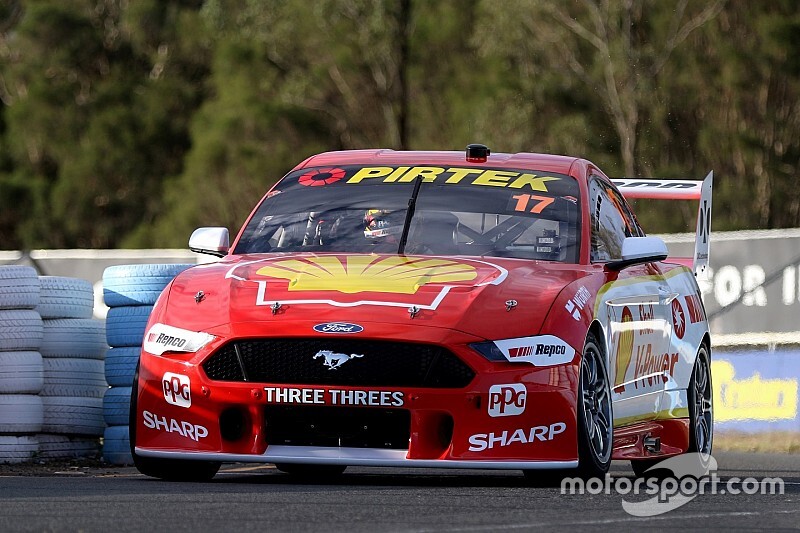 Scott McLaughlin has completed a first test with a brand new Ford Mustang after his previous chassis suffered extensive damage in a 43G crash on the Gold Coast.

McLaughlin slammed heavily into the barriers during qualifying for the previous round of the Supercars season, forcing DJR Team Penske to park the chassis in which the Kiwi won the Bathurst 1000.

The Ford squad had originally planned to introduce a new chassis in 2020, but fast-tracked its development to ensure it is ready in time for this week’s penultimate round at Sandown.

Ahead of Chassis 007’s race debut, McLaughlin completed a shakedown at Queensland Raceway on Monday and praised DJRTP for the quick turnaround.

"I say all the time that I have the best crew in Supercars, and they have demonstrated it again with the incredible effort they have put in over the last week," said McLaughlin.

"To turn a completely bare chassis into a running Supercar in less than seven days is truly incredible, and a testament to the skill and dedication of this crew.

"The car ran beautifully this afternoon, we got through all the systems checks and shakedown testing that we need to manage today so we know that the brand new Car 17 is going to be good to go for Sandown.

"It might be Chassis 007, but we're going to make sure that this one isn't shaken or stirred!"

Monday’s shakedown was McLaughlin’s first outing in a Mustang since the violent Gold Coast crash left him hospitalised and forced him to miss Sunday’s second encounter.

However, he was given the all-clear after precautionary checks including an MRI scan, and will return to Sandown this weekend with the aim of wrapping up the drivers’ championship.

"I was pretty sore and sorry for myself and the team last week, but today I'm good as gold and it was fantastic to get back behind the wheel," said McLaughlin.

"This is what I do for a living, I love it and I don't want to do anything else. I have a Championship to win, we have a Teams' Championship to win and that is now the focus for the team, and for Fabian [Coulthard], Tony [D'Alberto], Alex [Premat] and I across the Sandown and Newcastle weekends. Bring it on."

McLaughlin’s crashed chassis will eventually be restored and fitted with the same panels and engine with which it won this year’s Bathurst.