McLaughlin reflects on ‘once in a lifetime’ Bathurst lap 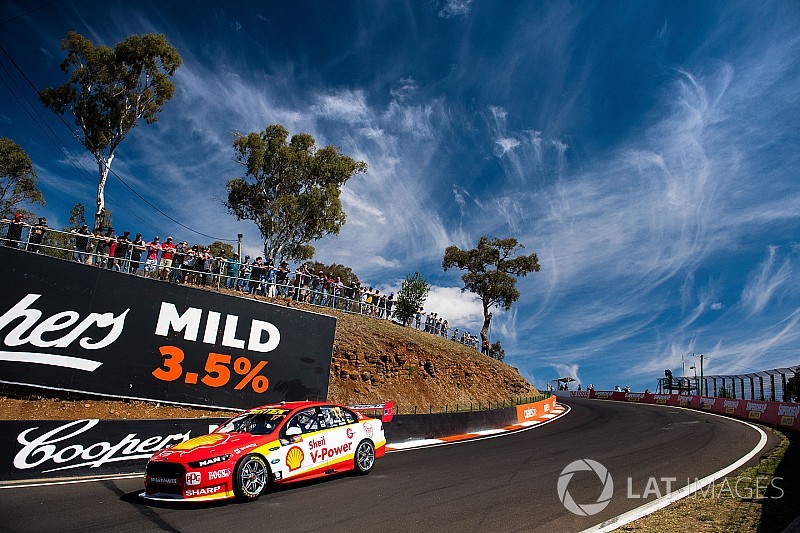 Scott McLaughlin has opened up about his record-shattering Bathurst 1000 qualifying lap, one that is set to go down in Mount Panorama history.

The Kiwi stunned the Supercars paddock with a 2m03.831s on his Top 10 Shootout lap today, handing him pole for tomorrow’s Great Race by more than four-tenths of a second.

More importantly it was the first ever lap under the 2m04s bracket, and more than a second faster than what was up until yesterday the practice/qualifying lap record.

Reflecting on the lap, McLaughlin said he thought a ‘three’ was possible after his 2m04.1s during practice yesterday – but that actually doing it was still an absolute thrill.

“It was funny, [co-driver] Alex [Premat] got out of the car after Practice 5 and he said – and I thought he was joking at the time – there is a 3.8 in it,” said McLaughlin.

“He was joking at the time, well I thought he was, and then after whatever practice session I did with the 4.1 and I had the moment at The Chase, I thought you know, we could have done a ‘three’ then.

“But I never thought we could have done a 3.8. I just got through Sector 1 really nice and knew I had the grip, and just had a go from that point on.

“This is something I will certainly never forget. It was pretty special.

“I am going to enjoy it. It is a once in a lifetime opportunity.”

It wasn’t an entirely clean lap, though. McLaughlin had to brave his way through running wide over Skyline, admitting that he didn’t lift despite having two wheels over the kerb.

“I was lucky with that one; I just sort of kept my foot into it there, there was no lifting,” he said.

“It put me a bit narrower over Skyline, and then I sort of settled it up before The Dipper and actually got a really good run off The Dipper.

“I saw it on my predictor and thought ‘holy crap, this is still around’.

“It just managed to hold itself together. I got through The Chase cleanly unlike yesterday, and brought it home, which was pretty amazing.”

The lap has instantly drawn comparisons to Greg Murphy’s famous ‘Lap of the Gods’ from 2003, when the Kiwi broke through the 2m07s barrier for the first time with a 2m06.859 during the Top 10 Shootout.

Fittingly, it was Murphy who interviewed McLaughlin on live today as he emerged from his Penske Ford, a full circle moment for the current superstar and his childhood idol.

“That was probably the main thing that went through my mind when I saw the 3.8,” said McLaughlin.

“I looked up to that lap. Basically for me, Supercars was it. That was a pretty special day that one for not only myself as a fan but New Zealand as a country, and it was a day I will never forget.

“This one is another day I will never forget. It was cool to do it and then for him to interview me at the end, that was pretty special too.”