Scott McLaughlin and David Reynolds staged a pair of heated post-race exchanges regarding their first-lap clash in Townsville. 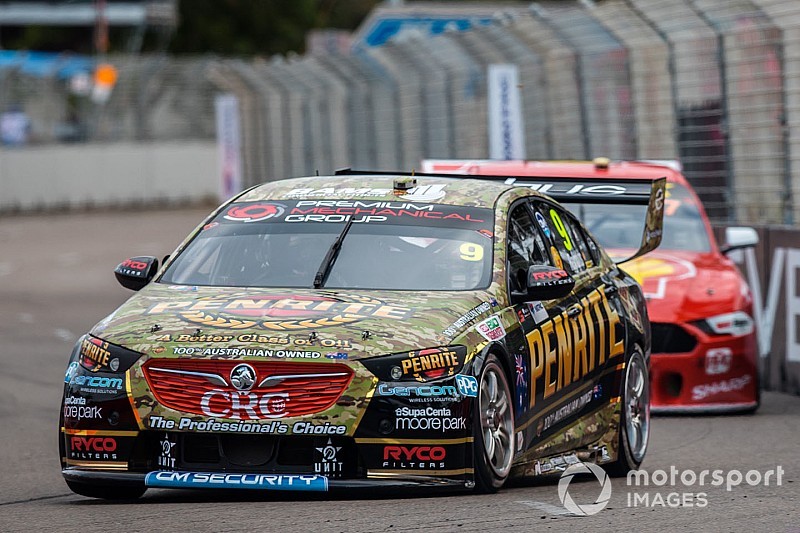 The pair locked wheels on the opening lap of today's 200-kilometre race while battling for second place, the contact coming as McLaughlin tried to cover a fast-approaching Reynolds.

Both cars sustained damage, McLaughlin needing a new right-rear tyre due to a puncture and Reynolds forced to have a new steering arm fitted to his Erebus Holden.

With relations already frosty between the two star drivers, McLaughlin immediately headed to the Erebus garage to confront Reynolds after the race.

He then labelled Reynolds a 'desperado' during a Fox Sports TV interview.

"Everybody's battling for visibility and traction, it's risk management on days like today, especially when you're up the front and in a [strong] championship position like he is," said McLaughlin.

"Dave was just a desperado. He can say what he wants, I went down and saw him and he said I turned in or whatever. But personally, if I turned in it was my a millimetre and he's just clipped me up the rear, so whatever."

McLaughlin then paid Reynolds a second visit, the two debriefing the footage in the Erebus transporter.

According to Reynolds there was no peaceful outcome to either interaction, the 2017 Bathurst winner adamant that McLaughlin moved over on him.

"I went for a move, I lunged him because he broke early, and it looks he jinked right a bit under brakes," said Reynolds.

"We touched wheels and it's day done. I should be going down to see him, not the other way around.

"He's leading the championship, you don't have to crash in to people do you? I didn't really say anything, everyone else was yelling at him."

Reynolds, meanwhile, could only recover to 20th and has slipped to fifth in the standings.

Team to investigate cause of Supercars pitlane fire