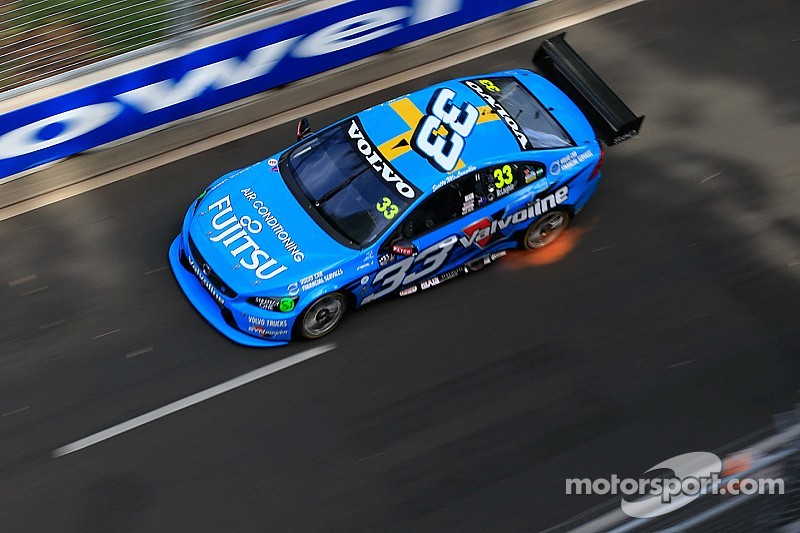 Who will win the season finale? Scott McLaughlin is off to a good start.

It’s not a bad day to be Scott McLaughlin. Not only does he take pole position for the final race in 2014, but he also receives a check for $10,000 for tying Jamie Whincup for 10 pole-positions throughout the season. An unprecedented achievement for the young driver, the 21-year old certainly has a bright future ahead of him in the sport.

Of the 10 drivers in the shootout, there were only a handful who came close to McLaughlin’s time and none came closer than Garth Tander. Off by just .03 seconds, The Holden Racing Team (HRT) driver will settle in and start beside McLaughlin in second for the final race.

The man who came into the shootout on top, Shane van Gisbergen, was also unable to tackle McLaughlin and ended up losing two spots and will start from third. The shocker, however, came in the form of champion-elect, Jamie Whincup. The driver with the most pole positions in V8 Supercars history, Whincup was the one man who had the highest chance of taking McLaughlin down. His chance came crashing down, however, as his lap time was retracted after driving over a curb and getting all four wheels off the racing surface. The incident proved to be costly and will result with the six-time champion starting from tenth.

Reynolds, who came into the shootout in fourth after the earlier qualifying session, looked strong at the start but suffered the same incident as Whincup which resulted in the FPR driver not posting a time.

Although Whincup wil be starting from tenth, don’t count out the champion-elect as he’s already claimed the previous two race wins. Additionally, Whincup has previously stated that he intends to finish the season out on top and will be going for a staggering three race wins in a row.