McLaughlin unfazed by lack of formal round win 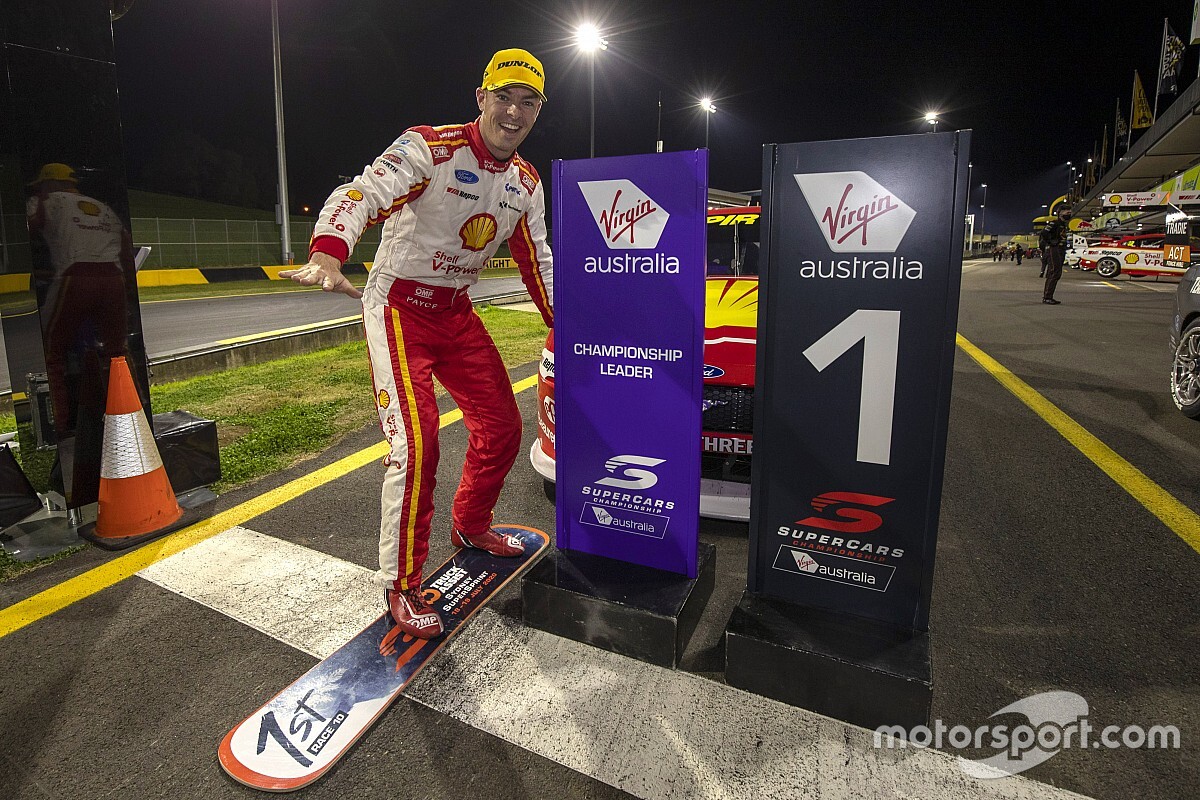 Scott McLaughlin isn't fussed in Supercars declares a formal round winner or not, despite the introduction of new tyre rules that have taken the emphasis away from individual race wins.

The new mixed compound rules, set to be used at a number of sprint events this season, force drivers to pick and choose between tyre quality across three races in a weekend.

Based on early evidence from Sydney Motorsport Park, clean sweeps will be a thing of the past, with the door ajar for new winners when the traditional front-runners take the pain of the hard compound.

Opinion has largely been split of the new rules, following a final race that saw an unusual battle pack at the front featuring the likes of Jack Le Brocq, Andre Heimgartner and Todd Hazelwood, while the likes of Scott McLaughlin and Shane van Gisbergen were effectively never in the running.

One proposal doing the rounds in the paddock is a move back to a single round winner for each weekend, to better reward the driver that performs best across all three races given they are now intrinsically linked.

The 'round winner' system was scrapped back in 2009 in favour of the current one race equals one round system.

Had there been a round winner in Sydney last weekend it would have been McLaughlin, who turned a 49-point series lead into a 107-point lead over Jamie Whincup.

However, despite not being sold on the tyre rules, the reigning series champion isn't fussed about getting an extra trophy for winning the round.

"I don't know if you whether you should get something or not, but it's a satisfying thing at the end of it," said McLaughlin about his unofficial round win.

"Even at the end of [last] weekend, it's nice to know that we got the most points and pulled away in the championship lead.

"That was the ideal thing. We don't need a cherry on top at the end of it to be happy or satisfied with the result. I just look at Jamie's points coming in, he was behind me by 49. We're now 100-and-something [ahead], I think. That for me is what it is.

"The race win is important as well, but in some ways... the race wins are probably different now, because everybody is on different strategies."

Supercars legend Mark Skaife, who raced through the round winner era, is adamant the system needs to return if the category continues with these rules.

“The winner of the weekend is the crucial part,” he said on the Fox Sports broadcast.

“It was great to see three young blokes on the podium at the end, but when the biggest audience is captured on a Sunday afternoon I want to know who won the weekend.

“We should have a proper podium to celebrate the winner of the weekend."

When pressed on the significance of individual race wins with the new tyre rules Skaife added: “If you take it across the span of the weekend, everyone has to make a pre-determined strategy and actually understand how you get the best from your weekend, so that’s okay.

“There are times when people put all their eggs in one basket and get a result, but it’s slightly false if you don’t actually say what is the real charter of the weekend.

“The real charter is who won [across] the three races and that was Scott.”