Supercars points leader Scott McLaughlin has missed the start of this evening's race after a bizarre warm-up lap crash with Cam Waters.

The pair made heavy contact when Waters, who was set to start second, made contact with the polesitter while trying to pass him on the way to the grid.

The two Mustangs returns to the garage, Waters with front-left damage and McLaughlin effectively missing his rear-right wheel.

Neither are likely to take any further part in the race.

McLaughlin was heard swearing from inside his car, while Waters explained what he happened to broadcaster Fox Sports.

"I was kind of following Chaz [Mostert] to get the front so the boys had time to bleed tyres," he said.

"I was passing a few guys and out of [Turn 5] I stayed hard right to try and pass Scotty.

"To be completely honest I was hard right, I was on the edge of the track. When you think a car has seen you and going straight, you don't know where else to go.

"So I'm not taking full responsibility for that. But it shouldn't happen."

McLaughlin added: "I was just driving around the the grid, warming up my tyres like I have been all weekend.

"Those guys come out blazing all the time. I understand they need to get to the grid, but I had no idea he was there. I was doing my normal thing and all of a sudden 'whack'.

"I certainly don't think [the blame] is on myself. I'm the car in front. He's got vision of me.

"I've got mirrors, but I was doing exactly what I was doing at the other corners. I was doing my procedure. I understand that he was doing his as well... but I'd slowed down a fair bit before I got hit, and then it all happened.

"I haven't seen the vision on his car, but I'm expecting an apology." 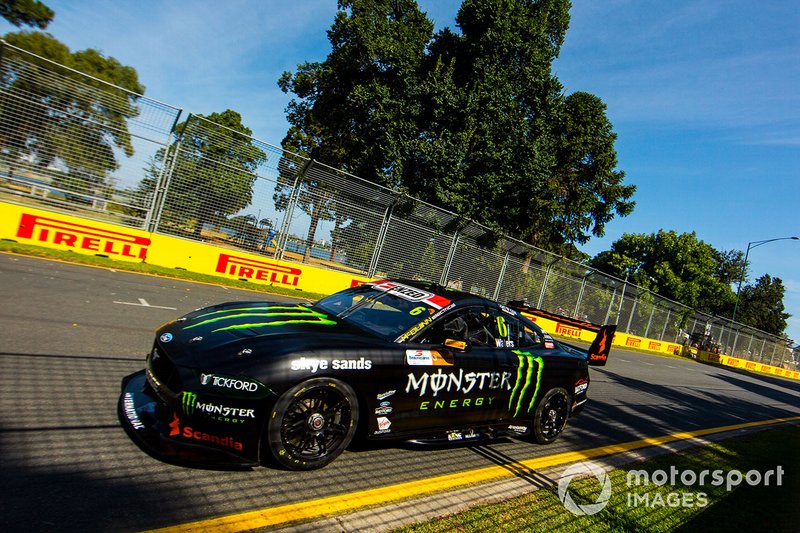 Mostert feels he "deserved a trophy" from wild second race