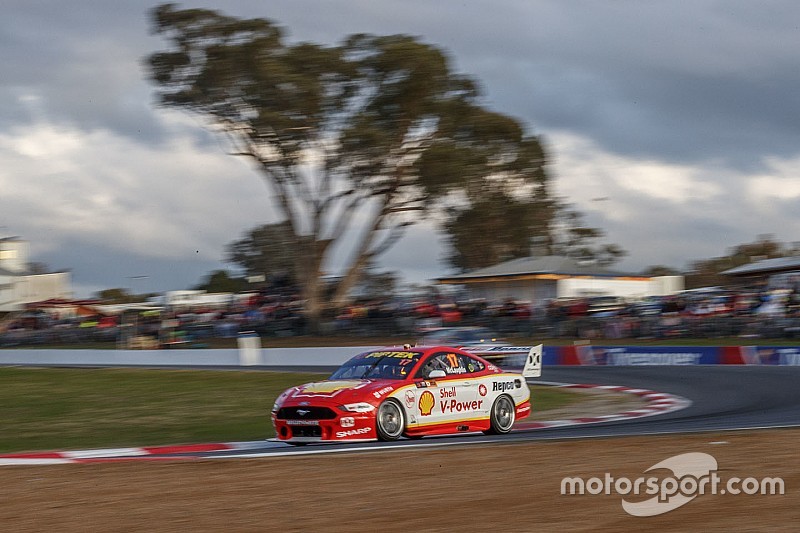 Supercars champion Scott McLaughlin has offered his side of the controversial shortcut saga that contributed to today's Winton win.

McLaughlin was fired off at Turn 5 on the opening lap of today's race by teammate Fabian Coulthard while running second.

However rather than rejoining at the same point, he missed Turns 6 and 7 entirely, returning to the circuit ahead of the pack at Turn 8.

He slowed down to let James Courtney and David Reynolds through before continuing in third place – significantly higher up the field than if he'd rejoined on the exit of Turn 5.

The shortcut sparked some controversy, particularly given he went on to win the race.

However McLaughlin says he made a "split-second decision" in the interest of safety.

"It’s a hard question," said McLaughlin when asked if it was fair to shortcut the circuit and still win the race.

"I felt like I had so much momentum going off and one thing for me is – for next year, I don’t know what they’re going to do, and it’s been there for ages – is the ditches. That was a big problem in this case.

"And then obviously wet grass, slick tyres, I was going off there at a rate of knots. By the time I had gathered it up, I half went left and next thing I know, Courtney and a few others were turning the corner and I wasn’t prepared to go the wrong way.

"So I just went straight through. For my own safety, for everyone else’s safety.

"I basically said to myself, ‘if I cop a penalty, whatever,’ but it was just one of those things. So that was my decision at the time. It was pretty hard to make a decision at that rate of knots, but the bottom line for me [was] I wasn’t going against the field.

"It was a split-second decision for my own safety and the sport’s safety."

While he'd accepted he may be penalised for the shortcut, McLaughlin said he didn't actually expect the stewards to act given there's an understanding that you only have to rejoin before Turn 9.

"Whenever you go off like that and you rejoin it’s always full on about it, there’s always chatter and whatever. I just tried to clear my case over the radio and just explain exactly like I did here.

He added his primary concern throughout the ordeal was damage to the car while bouncing through the infield.

"I was worried I was going to block up my brake ducts and stuff because I was locked up at points and I was trying to slow down," he said.

"It was full on because it was just so wet out there. I was just a passenger really.”

Stanaway withdrawn from Winton due to injury

“I broke the policy”: Penske drivers react to intra-team tangle