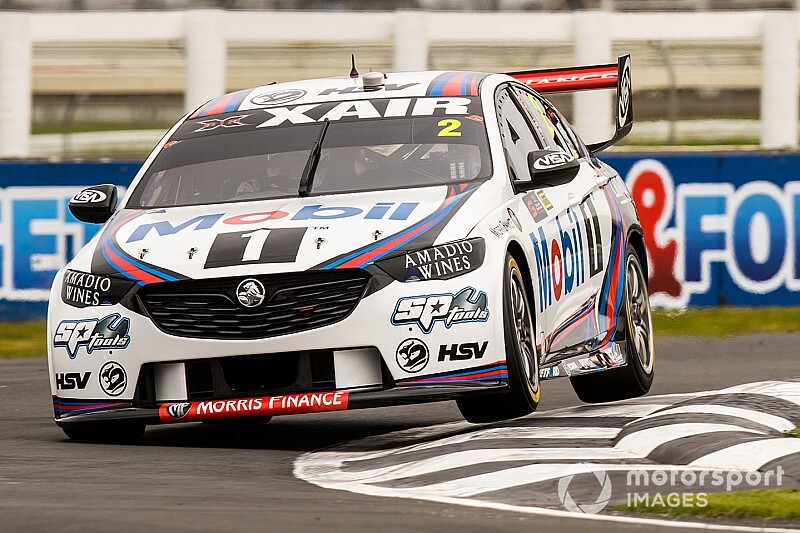 A multi-year sponsorship deal between WAU and Mega came to a very premature end earlier this month, the team terminating the agreement after the fuel wholesaler was put into receivership.

While it's left the team with work to do commercially for this season and beyond, Walkinshaw says the Mega debacle won't affect WAU's involvement in the 2020 driver market.

"It's not changed our driver plans for next year whatsoever," he told media during the Pukekohe Supercars round.

The team is widely-expected to make the biggest move of the silly season and snatch up Chaz Mostert for 2020.

James Courtney has already announced his impending departure, while Scott Pye's future with the team is uncertain.

While Pye could stay put, he's also been linked to the likes of Matt Stone Racing and Tickford Racing.

"Scott's someone we're talking to. We haven't made a call on that seat. I'm not going to go into any details," said Walkinshaw.

When asked when the team wants to have its 2020 line-up sorted, Walkinshaw added: Our internal deadline is not something we're going to go and say to you guys.

"We'll be making announcements in the coming months, and when we do we're very confident that our fans and partners might be quite excited about it."

According to Motorsport.com sources, reports that 2017 British Touring Car Champion Ash Sutton is in the frame for the second WAU seat are wide of the mark.

Linked to the team through Carl Faux, who oversaw his BTCC title win as the technical director at Team BMR before relocating to Australia for a key engineering role at WAU, Sutton tested one of the team's Holdens early last year.

He's understood to have been considered for a potential WAU Super2 programme for 2020, but that is now unlikely to go ahead.