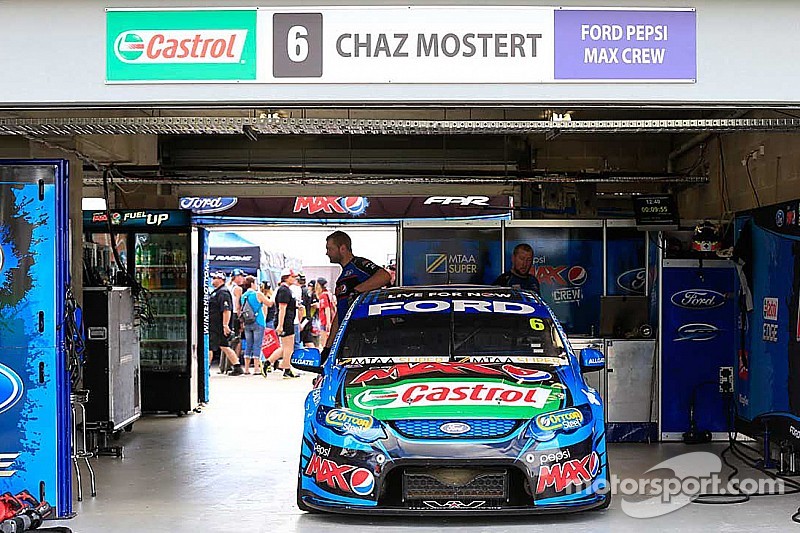 The Bathurst 1000 action has gotten underway.

The Supercheap Auto Bathurst 1000 is officially underway and to many people’s surprise, it was the young Ford Performance Racing (FPR) rookie, Chaz Mostert, who posted the fastest time with a 2:08.073. Completing a total of 17 laps during the first practice session of the day, Mostert’s fastest lap came on lap 15.

A surprise at the top

Not too far behind was James Moffat with a 2:08.283. Another surprise, Moffat was the only non-Ford or Holden driver in the top-five as he drove his Nissan for 11 total practice laps.

Holden Racing Team (HRT) drivers, Garth Tander and James Courtney, showed their pace early on by posting the third and fourth fast laps, respectively. Tander with a 2:08.411 and Courtney with a 2:08.467.

Rounding out the top-five was Bottle-O Racing Team driver, David Reynolds with a 2:08.469.

The car which many were eager to see go around The Mountain was that of the Blue Volvo driven Scott McLaughlin. Not letting anyone down, young Scotty posted the sixth fastest time with a 2:08.917.

Still looking for the pace needed to have a repeat of last year, the defending Bathurst champion, Mark Winterbottom of FPR, settled for tenth in the first practice session while his Red Bull rival, Jamie Whincup, finished up in seventh.

Other drivers of note were Scott Pye who completed the first event in 11th, Shane Van Gisbergen who finished up in 13th with Fabian Coulthard in 14th.

The second practice session of the day is set to begin shortly.

There were a couple incidents during the session as well. Cameron Waters suffered rear damage at the Cutting and Gisbergen had a close enounter of the wall kind at The Dipper. David Wall also suffered some minor damage after a blown tire sent him spinning.