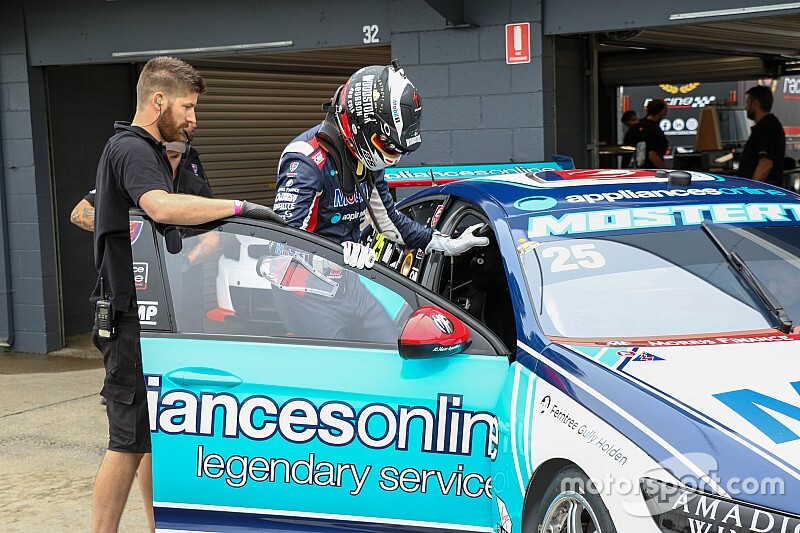 The former Ford star, who defected to the Holden squad at the end of last season, sampled his brand new WAU Commodore during a 60-kilometre shakedown at Phillip Island.

He was forced to wait for that first taste of Holden hardware, though, with morning fog delaying track action.

Once up and running Mostert said the shakedown provided a key opportunity to solve some ergonomic issues without eating into crucial testing time at The Bend next week.

"I think to have a brand new chassis and get the shakedown is really beneficial, to try and leapfrog some little problems that you'd [normally] have at the first test," he said.

"It's obviously a different style of car and a completely different built to what I've previously been used to, but it's great to get a taste here today.

"The car just feels different underneath you. Different strengths, different weaknesses. In saying that it was a shakedown. We'll got to The Bend and see how we go.

"By the end of the shakedown I felt like I was getting as much as I can out of the car, and that's good. It does take 60 or 100 kilometres. Don't forget I've been doing all this racing in GT land too, so it's good to get back in a Supercar and have a low-stress day.

"Hopefully we can get into testing and have a productive test day [at The Bend], try some things we want to try, and see how we pop out the other side and head into Adelaide."

David Reynolds was also in action at Phillip Island, shaking down the Erebus Holden chassis he'll debut in Adelaide next week.