Chaz Mostert has accepted responsibility for the spectacular teammate crash that took both him and Cam Waters out of the Bathurst 1000. 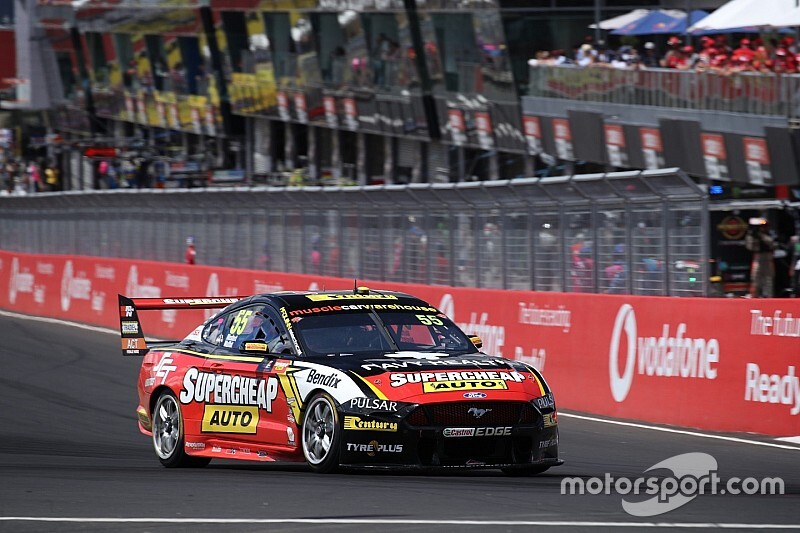 The Tickford drivers were running third and fourth in the closing stages of today's Great Race when Mostert went too deep into The Chase, made contact with Waters, and left them both in the sand.

Subsequent repairs for Waters car left him 13 laps down at the finish, while Mostert was classified 16th after serving a drive-through for the contact.

It was the third Bathurst 1000 in a row their respective entries have clashed, and follows a similar teammate tangle between the two in New Zealand last month.

Mostert apologised to both Waters and the team for the latest run-in, accepting the blame for what could well have cost the squad a podium or two.

"You know, it’s the biggest race of the year, the event we look forward to most, and the race we want to win most.

"It was so tight up the front all day, we were just setting up for the last stint, had a good run on Cam, and just got crossed up and we hit.

"I didn’t need to pass him, shouldn’t have tried, and it ruined both our races which is the worst part.

"I’m really sorry to Cam and the whole team, we should be celebrating a podium or two right now, but we’re empty-handed.”

Waters said it took a swiftly-drunk beer for him to calm down after the incident.

“I got back in the camper van and necked a beer to take the edge off, but it still stings," he said.

"No words at the moment to describe that feeling, but I’m absolutely gutted for the boys.

"I’ve never seen them work so hard and prep so hard for this race, we had a fast car, and we should have been on the podium, one of the steps.

"I really feel bad for those guys that put in all those hours to end up in the gravel trap. In the situation it happened it’s pretty disappointing.”