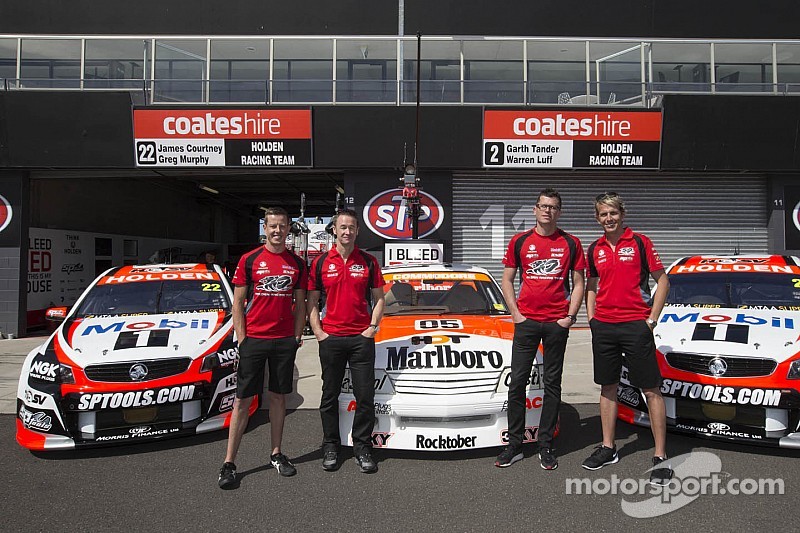 Greg Murphy is proving that he's still got something left in the tank.

Looking to erase images of last year’s horrendous running, Greg Murphy got things started off on the right foot by posting the fastest lap time in the co-driver practice session with a 2:08.536. As James Courtney’s longtime teammate at Holden Racing Team (HRT), the duo has previously stated that they intend to be the ones to achieve the 30th Holden victory at Bathurst.

It was a game of cat and mouse as Murphy and Craig Lowndes co-driver, Steve Richards, swapped fastest laps towards the end of the event. Although he was inevitably out-paced by Murphy, Richards still finished up strong by getting the 888 car in second with a time of 2:08.842.

Results seemed to flip as primary drivers handed the keys to their co-drivers. Such was the case with Lockwood racing. Although his teammate, Fabian Coulthard, didn’t have the quickest of times in Practice 1, he at least warmed the car up for Luke Youlden who finished up strong in third with a 2:09.120.

The Bottle-O Ford Falcon once again finds itself towards the front as David Reynolds co-driver, Dean Canto, finished things up for the duo in fourth with a 2:09.153 as Russell Ingall’s co-driver, Tim Blanchard, rounded out the top-five with a2:09.204. The Enforcer, himself, finished up in eighth in practice 1.

Once again, however, the Red Bull car of Jamie Whincup and Paul Dumbrell was not in its usual form as Dumbrell completed the event in tenth. The Ford Performace Racing (FPR) rival driven by Winterbottom’s co-driver, Steve Owen, was able to get things back together for the duo as Owen finished in sixth.

Jonathan Webb (partnered with Shane van Gisbergen) was complaining early on that something was “wrong with the car”. By the end of the co-driver event, Webb found himself in 15th. Another driver having problems was Warren Luff (partnered with Garth Tander) who only completed four laps before bring the HRT Commodore in for suspected driveline issues.

With many of the co-drivers getting solid laps in, the times are looking very close as is the competition between teams.

The final practice session of the day is set to begin shortly.