The Ford Mustang rear wing will be lowered and moved forward as part of the new-look 2020 Supercars aero package. 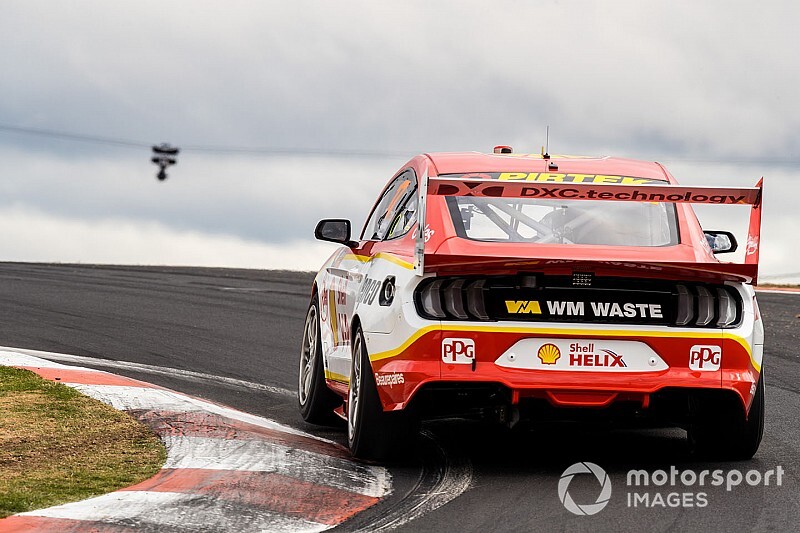 In a bid to avoid last year's parity drama, as well as reduce rising downforce numbers, the category went through two rounds of its VCAT (Vehicle Control Aerodynamic Testing) homologation process over December and January.

Motorsport.com can reveal a key outcome from the re-homologation is that the Mustang's prominent rear wing has been moved 90 millimetres forward and lowered by 50 mm.

The large rear wing endplates will be roughly the same size as 2019.

The positioning of the rear wing on the Holden Commodore will remain unchanged.

Both cars will be limited to the same rear wing angles, with a 13-degree maximum and a seven-degree minimum.

The Gurney flaps will be identical across the two cars, measuring 13 mm on the wing plane and the 10 mm on the boot.

The front diffusers will be significantly shallower on both cars as well, while the Holden will be able to run a longer undertray.

Another change at the front is centred on the Mustang's front bar, which will have a rounder profile on the outside of the brake cooling ducts.

The aero changes are not just expected to ensure parity between the two homologated models, but also reduce downforce by around 12 per cent compared to last season.