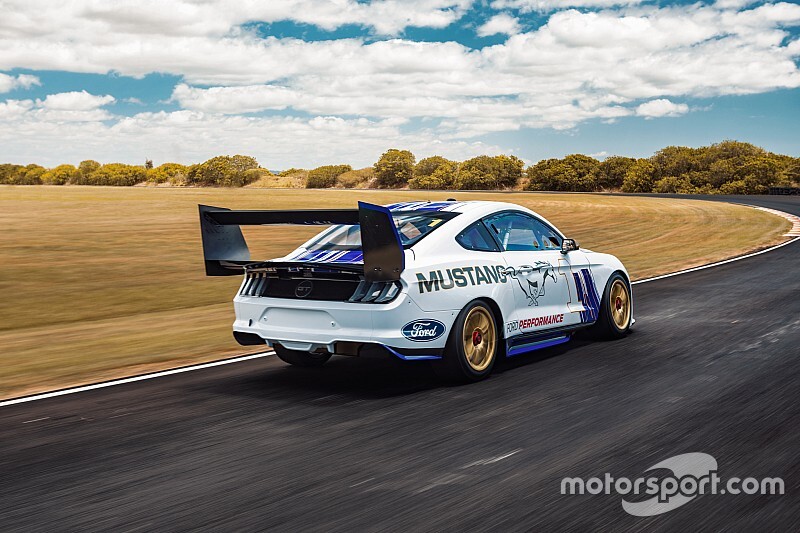 Triple Eight boss Roland Dane says the Ford Mustang was a "rude shock" for Supercars when it arrived in its original form to start the 2019 season.

Designed, developed and homologated by Ford Performance and DJR Team Penske, the Mustang caused a well-publicised stir when it burst onto the Supercars scene last year.

Despite passing the category's homologation aero testing, known as VCAT, concerns over a perceived advantage led to the Mustang having its wings clipped after four rounds.

By then Supercars had already mandated centre-of-gravity changes, the Mustang forced to move 28 kilograms to the roofline compared to less than seven kilograms for the Holden.

More aero changes came later in the year, the Holdens granted updates before the Hidden Valley and New Zealand rounds, before the category underwent two lots of a refined VCAT process over the off-season.

Speaking on the latest episode of the Rusty's Garage podcast, Dane labelled the introduction of the two-door Mustang as a "rude shock" to the existing Supercars parity system.

“At the end of 2018 there was an aero test, and the other side turned up with a car that was just so radically different from anything that had been done before," explained Dane.

"We knew we were on the back foot. But because Supercars as a category had never been placed in this position – or certainly in the 16 years that I had been around – they didn’t really know how to deal with it. Which is totally different to how the landscape had been for the Ford versus Holden fight all the time I had been in Australia.

“I would never say there hadn’t been differences, but they were so small that other things had been more important – the team, the driver, etc.

"The aero side was more complicated. We had a couple of false dawns. We knew what needed to be done to put us in the same ballpark."

That, says Dane, was the new Gurney flap that was introduced ahead of the Pukekohe round, T8 drivers going on to win eight of the 10 races to close out the season.

"We’d even gone to the aero test the beginning of December in 2018 with the Gurney that we then ran later in the year," Dane said.

"We had gone with it, we had never tested it, but we’d gone with it because we said to Supercars ‘we should have this in the toolbox in case we need it’ having looked at the pictures of the Mustang at Queensland Raceway.

“That’s exactly the part that went on the car at Pukekohe. When we put it on at Pukekohe, we had never had it on a car before.

“We thought that might be the fix that we needed and it certainly put us back in the ballpark.

"But the politics along the way, to be honest, almost destroyed the sport.”