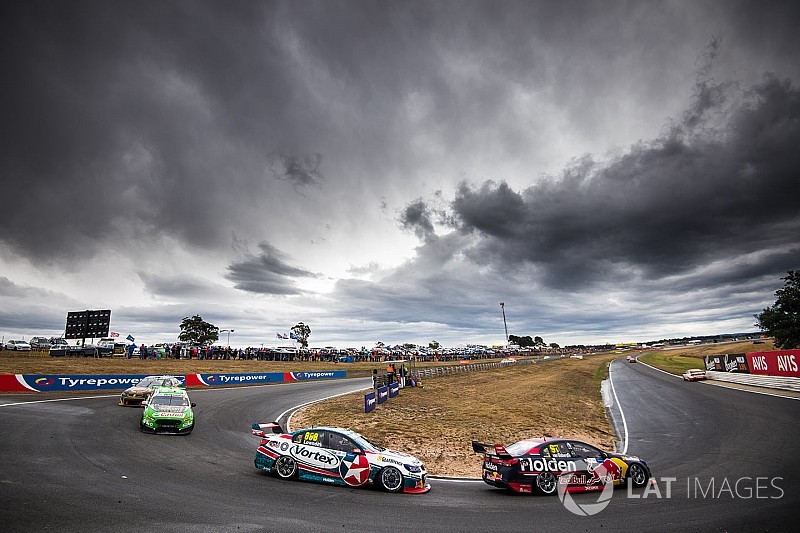 Supercars will introduce a new qualifying session inspired by Formula 1 and MotoGP this weekend. Here's a breakdown of how it will work.

In a bid to ease congestion during qualifying at the two shortest circuits on the Supercars schedule – Symmons Plains and Barbagallo Raceway, both 2.41 kilometres in length – the series has devised a split qualifying system, which makes it debut in Tasmania this weekend.

The system borrows ideas from both MotoGP and Formula 1. Practice times will be given unprecedented importance, determining the running order for qualifying like in MotoGP. Qualifying will then be split over three legs, culminating in a dash for the Top 10 grid spots, just like in F1.

Here's how it will work.

Qualifying on both Saturday and Sunday will be split into three parts – Q1, Q2, Q3, each 10 minutes in length and split by a five-minute break.

The split for Q1 and Q2 for Saturday's qualifying will be determined during Friday's two practice sessions. The Top 10 on combined Friday times will go straight to Q2, while the remaining 16 drivers will go into Q1.

Q1 will then determine positions 17 to 26 on the grid, while the six fastest drivers from Q1 will join Friday's Top 10 for Q2.

At this point, it effectively becomes the same as the F1 system. Q2 will determine positions 16 to 11, before the Top 10 from Q2 do battle for pole in Q3.

The qualifying format is identical on the Sunday, however the Q1/2 split will be determined by a single 20-minute practice session on Sunday morning.

The format will only be used at Symmons and Barbagallo, with more traditional all-in sessions to be used at the remaining SuperSprint rounds.