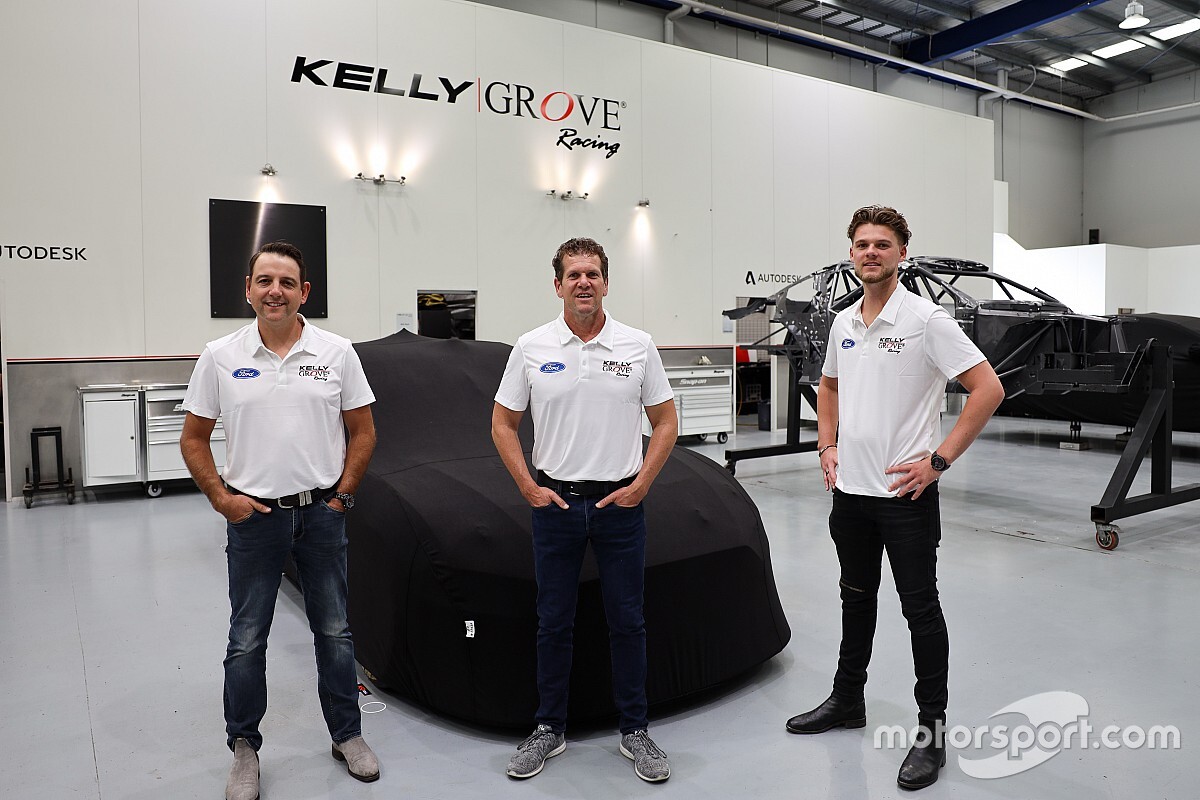 Kelly Racing has split its ownership between Todd and Rick Kelly and the Grove Group heading into the 2021 Supercars season.

Led by Stephen and Brenton Grove, the Grove Group has made a significant investment in the two-car Ford team to form what will be known as Kelly Grove Racing.

It's the first time ownership of the squad has extended outside the Kelly family since the team was formed back in 2009.

The Grove Group, a successful collection of businesses running across a range industries, has been closely involved in motorsport for some time.

Stephen and Brenton Grove have enjoyed success as amateur drivers in GT racing at both a local and international level, including winning the Pro-Am class at the 2020 Bathurst 12 Hour with Ben Barker.

The Groves have also been a prominent personal sponsor of Scott McLaughlin for a number of years.

As part of the alliance with Kelly Racing, the Groves will play a hands-on role in running the team and will attend all of the races alongside team principal Todd Kelly.

"We decided to enter the Supercars Championship based on the series’ strong strategic roadmap forward with the Gen3 ruleset and the new TV rights agreement.

“It was clear that the opportunity to partner with Kelly Racing was the right fit for our business given the synergies in philosophy between Kelly Racing and the Grove Group.

“I believe that through our partnership the team can grow and develop to promote and reward our sponsors for their commitment in not only our team but our vision moving forward.”

Todd Kelly agrees that the ownership change, along with the yet-to-be-confirmed addition of David Reynolds to the line-up, can help elevate the squad to regular front-runner status.

“This will be our 13th year owning and running Kelly Racing," said Kelly.

"Over that period we’ve built and ran Holdens, designed, developed and manufactured a complete Nissan Supercar and engine, and recently converted to Ford, once again with the car build and engine development and manufacturing all completed in-house.

"I believe we’ve been extremely effective over the years to be able to design and manufacture all of our own equipment to an extremely high standard through having a great team, a supportive partner network and through a lot of hard work and dedication.

“But it’s been evident for a long time now that there are two factors that contribute to consistent on-track success; one, streamlining the team from four cars to two and the second is being able to find a way to compete with the top teams that have the firepower of multiple shareholders both locally and international.

“To put ourselves on a level playing field it was extremely important to have a partner come into the team who is like-minded and as passionate about racing as we are, and fortunately we’ve been able to find that partner in Stephen Grove.

“Along with an announcement in the coming days on our new driver and sponsor line-up for this year, I believe this new partnership will set us up for our most successful year yet.”