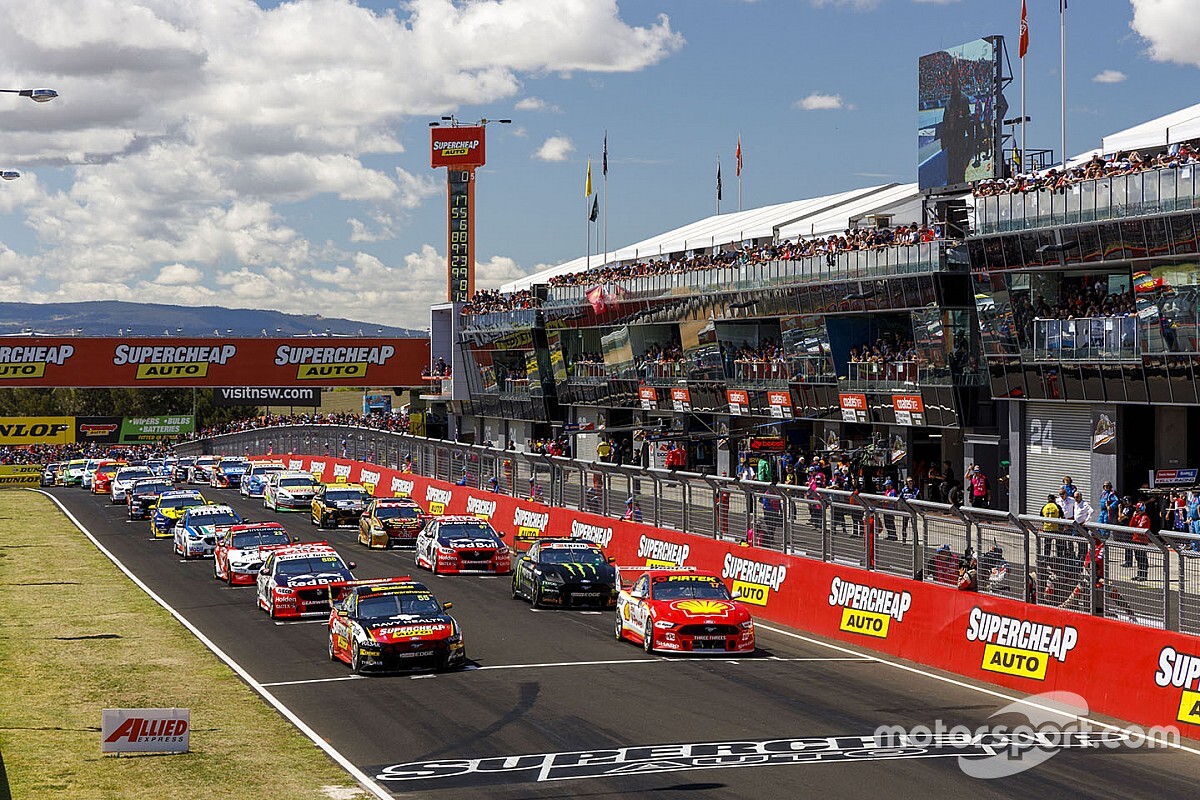 Supercars has unveiled a full revised 2020 schedule, which will see a champion crowned at Bathurst in February 2021.

The series confirmed yesterday that it will resume its 2020 season at Sydney Motorsport Park on the last weekend in June.

It's now rolled out the remainder of its revised schedule, which, as expected, features 11 rounds, just a single street circuit and will finish with a second trip to Mount Panorama early next year.

The schedule is largely unchanged in terms of venues, apart from the street circuits events on the Gold Coast and in Newcastle – which wouldn't have been viable without crowds – missing out.

Predictably there will be no return to Albert Park either, the second trip to Bathurst limiting the reduction in events to just two.

As it stands all events will be held over two days, except for the two visits to Bathurst. The 1000 will still be held over four days, while the 12 Hour – in whatever form it ultimately takes – is scheduled for three days.

Precise race formats are yet to be confirmed.

Winton has been moved to mid-July, with a northern swing to Darwin and Townsville in August, the latter the final street circuit standing despite the risk of no crowd being allowed.

The Bend and the Bathurst 1000 both retain their original dates, however, as it stands, only Bathurst is confirmed as a two-driver enduro.

The trek to Perth will take place at the very end of October, although like Sydney it won't take place under lights as planned. Symmons Plains and Sandown will take place before the end of 2020 with late-November and mid-December slots.

The final swing of the season will kick off in January with a trip to New Zealand, although it's yet to be confirmed whether the event will be held at Pukekohe or Hampton Downs.

A special season finale sprint round at Mount Panorama will then take place at the start of February.

That date was earmarked for the 2021 Bathurst 12 Hour, however there are question marks over that event given likely restrictions on international travel. If possible both the Supercars round and the 12 Hour will take place on the same weekend.

The season is expected to start with TV-only events, with Supercars hoping to reintroduce crowds as soon as possible.

Measures such as no support categories and a 13-person limit per two-car team – including drivers – are likely to be in place until regulations allow otherwise.