Supercars has tweaked its safety car regulations for next month's Bathurst 1000, with lapped cars able to get a lap back during cautions. 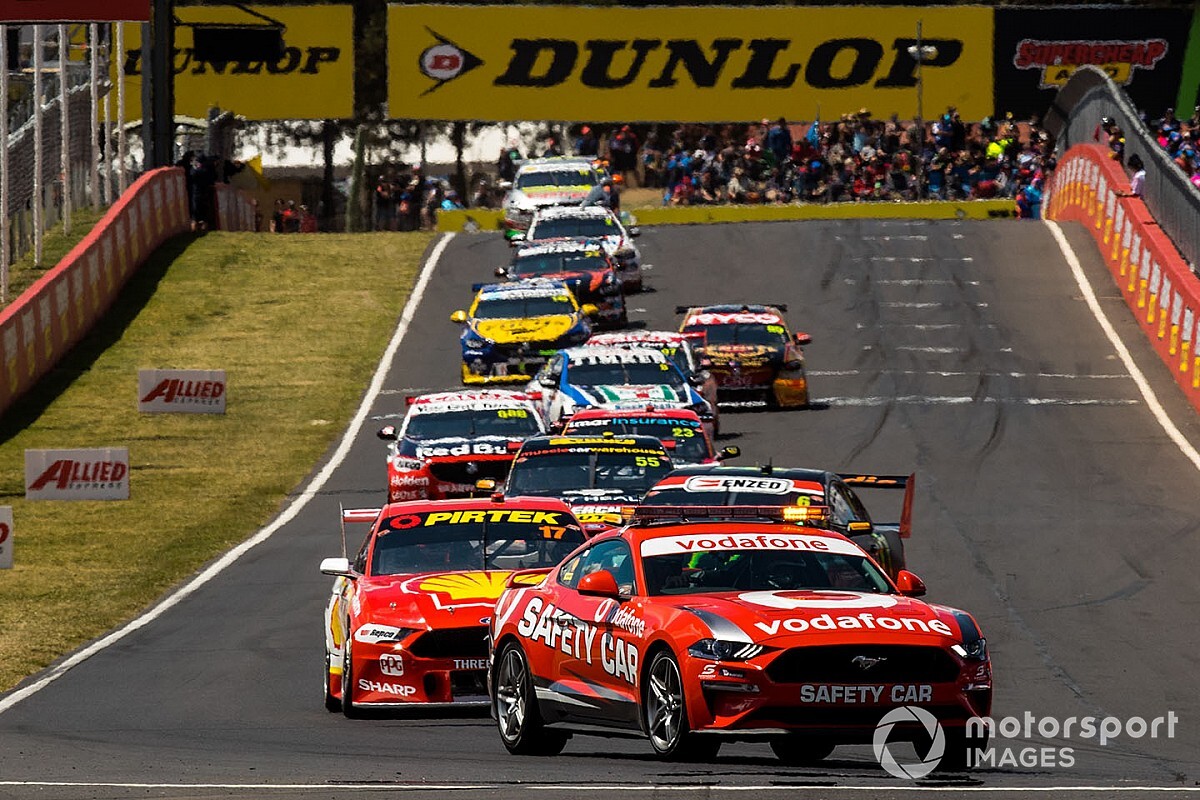 That means at times, particularly in longer races like the Bathurst 1000, lapped cars end up between cars fighting for race position on restarts.

Supercars will look to avoid that scenario this year by letting lapped cars pass the safety car during the restart procedure, putting them on the lead lap but not at the back of the field.

That will not only avoid having lapped cars in the lead battle, but also potentially keep more cars on the lead lap for the crucial final few stints.

Rule 10.2.9 now reads: In preparation for the end of the SC [safety car] deployment, the SC will:

10.2.9.1 Set the prescribed speed as instructed by the RD [Race Director] on the RMC [Race Management Channel]; then

10.2.9.2 Extinguish all the flashing lights as instructed by the RD on the RMC; then

a) Lapped cars that have not crossed the P3 timing line prior to the SC crossing the S2 timing line will not be eligible to pass the SC.

b) After passing the SC, pitlane will be closed to the lapped cars until they cross the control line on the racetrack.

c) If the RD considers track conditions are unsuitable, the lapped cars will not be permitted to pass the SC.

d) Decisions made in respect of this unlapping procedure are not subject to protest.

10.2.9.4 When the last lapped Car has passed the SC, the SC will accelerate away from the field as instructed by the RD on the RMC; and