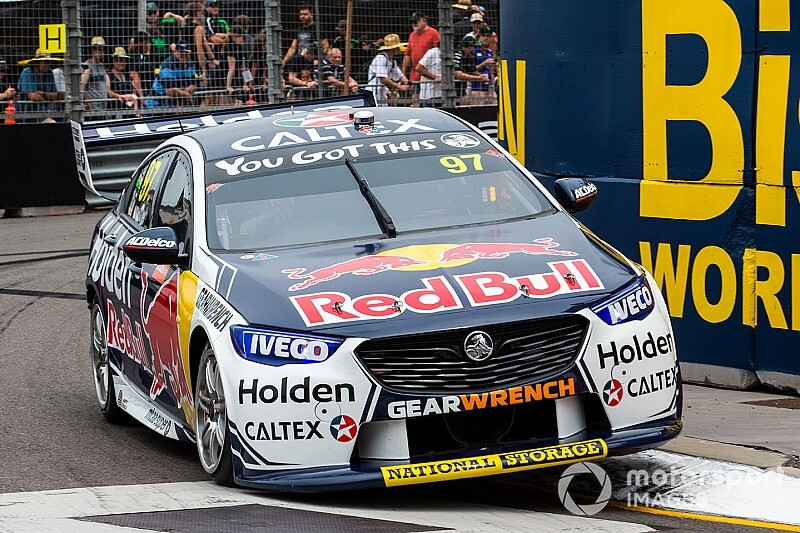 Shane van Gisbergen used a stunning Shootout lap to turn 10th in regular qualifying into pole for this afternoon's opening race in Newcastle.

Having only just scraped into the single-lap dash, van Gisbergen went four-tenths faster than his qualifying effort to leave the rest of the Top 10 chasing a 1m10.174s.

It proved to be an unbeatable benchmark, van Gisbergen becoming the first driver to run first in a Shootout and take pole since Garth Tander at Symmons Plains back in 2009.

"The car has been awesome all weekend, just no good on new tyres," said van Gisbergen.

"I was just stoked with that, they did a great job tuning it, getting the tyre fazing better and I just can't believe we went from 10th there to the front. It's critical here."

Van Gisbergen wasn't the only big mover in the Shootout. Having been just eighth quickest in qualifying, Scott McLaughlin secured a front-row start thanks to a 1m10.237s.

“I just stuffed up Turn 11, I just over-slowed it," he said. "But overall our car is so much better [than in qualifying]."

James Courtney will start eighth, a lock-up into Turn 11 costly on his lap, with Tim Slade in ninth.

Lee Holdsworth dumped five spots compared to qualifying, a gamble on roaded tyres not paying off for the recently re-signed Tickford ace.