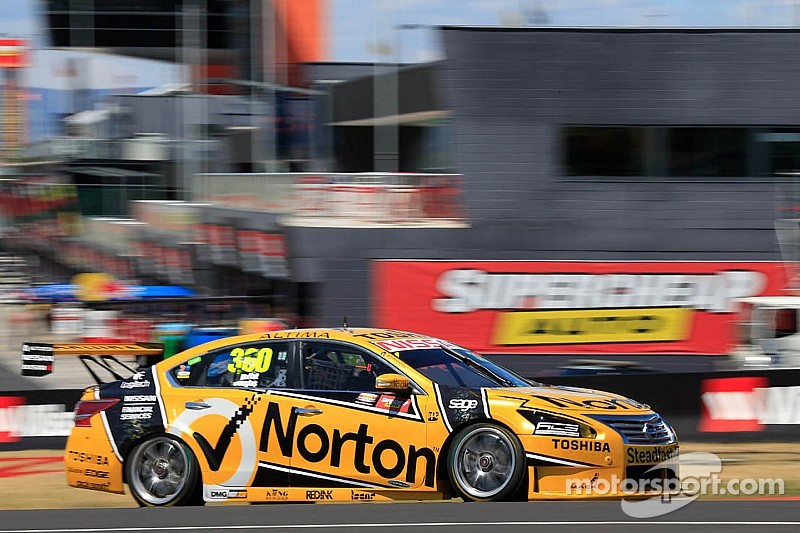 Nissan poked some fun at James Moffat after his drive at Bathurst with Taz Douglas.

During the Bathurst 1000, the Norton Hornet of James Moffat and Taz Douglas got on the highlight reel for all the wrong reasons. They crashed twice, stuffing the car into a tire barrier before promptly throwing it in reverse and peeling away from the scene.

At the end of the event, they somehow found themselves inside the top five. Part of it was the plethora of cautions, but luck and good strategy calls also played a role as their rivals fell to the wayside.

A war of attrition

On the final restart, Craig Lowndes sent Mark Winterbottom spinning, which promoted the Nissan to fourth. Lowndes was black flagged for the contact, thus pushing the famous name of Moffat back onto the Bathurst podium. On the final lap, race leader Jamie Whincup ran out of fuel, handing second place to the battered Nissan of Moffat and Douglas.

It was a spectacular show of perseverance and quite an impressive comeback. Nissan rewarded Moffat with a new company car of sorts. It's affectionately be referred to as a 'special edition' Nissan Altima.