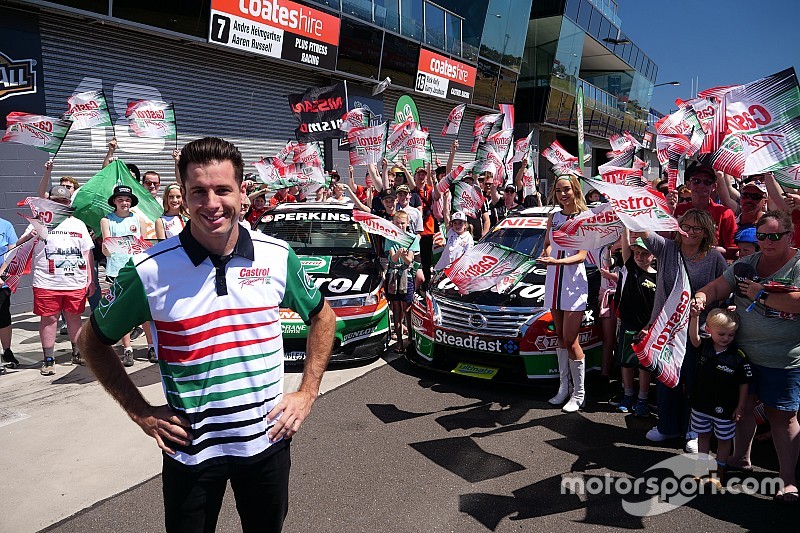 This year's Bathurst 1000 will be Nissan Motorsport's best chance yet of Mount Panorama glory, according to lead driver Rick Kelly.

In what could well be the penultimate Bathurst start for the Altima, the four-car Nissan Motorsport squad is heading to Mount Panorama with a spring in its step thanks to what's been a decent haul of results so far in 2018.

That's included three podiums for Kelly, a win at Winton among them, while co-driver Aaren Russell took Andre Heimgartner's car to victory in the opening qualifying race ahead of the Sandown 500.

Kelly, a two-time Bathurst 1000 champion in his own right, is now hoping the upturn in form will carry over to The Mountain.

In fact, he reckons this year could be Nissan's best shot at Mount Panorama glory.

"This year has been a very good year for us with the Castrol Racing car," he said.

"We've had a win, we've had three or four podiums and a pole position. Obviously our form is greatly improved over the last couple of years.

"Heading to Bathurst, this is the best form we've carried into The Mountain as Nissan so far.

"Expectations have increased year on year, but we're trying to put that out of our mind and use the great car we've got to try and get the job done on Sunday."

Should Kelly and co-driver Garry Jacobson win the 2018 running of the Great Race, they'll do it in iconic and successful colours thanks to the #15's special one-off livery.

According to Kelly, giving the famous Castrol design from the 1990s another victory would be like living out a childhood dream.

"Heading up there this weekend with that livery is a humbling thing for me to be able to represent Larry [Perkins]," said Kelly.

"I actually remember the 1995 win, I remember Glenn Seton having the chance to lead the race for so long in what looked like was going to be his first win at The Mountain and then having an engine failure when Larry was chasing him down and putting a bit of pressure on him.