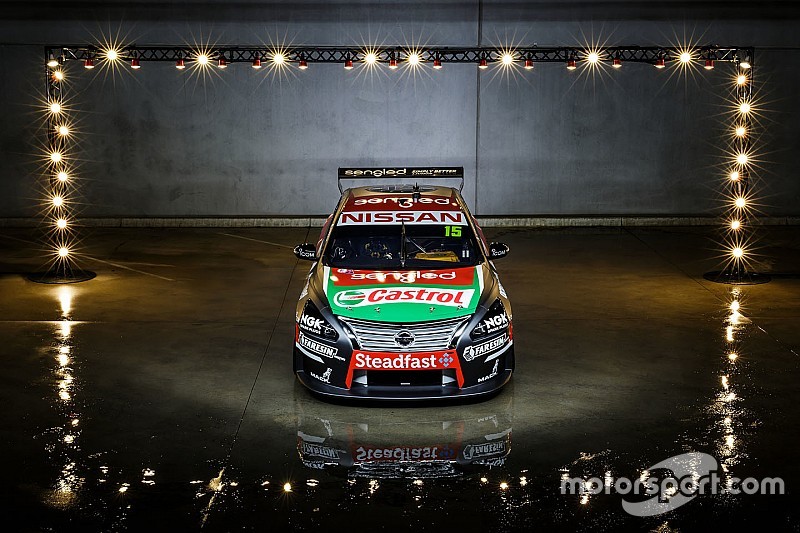 Nissan Motorsport has revealed its third livery ahead of the 2017 Supercars season, with the covers coming off Rick Kelly’s Sengled-backed Altima.

The lighting company returns for a second season as Kelly’s major backer, with the 2006 Supercars champion’s ’17 livery taking on more black at the front end than last year.

There is also significant signage from Castrol on the bonnet, a new addition for the new season.

“It’s terrific to continue the journey with Sengled,” said Kelly.

“I’m very proud to represent their brand and support their marketing activity around their highly innovative lighting products.

“I’m very excited to have Castrol on the front of my car for this year. It’s an iconic name in the automotive industry. I’ve had a long relationship with Castrol and that’s something I’m quite fond of. I won Bathurst in 2003 and 2004 with them onboard, so it’s a big deal to have them on the car with me.”

The new livery will hit the track for the first time tomorrow, when every Supercars team will take to Sydney Motorsport Park for the crucial pre-season tyre test.

“You get two or three months to think about the first round, so the anticipation builds and builds,” added Kelly.

“It’s fantastic to reveal the livery on the car and now we just want to get in there and do the job.

“It certainly feels the best prepared we’ve been. I think that’s why we’re so excited to hit the track.”