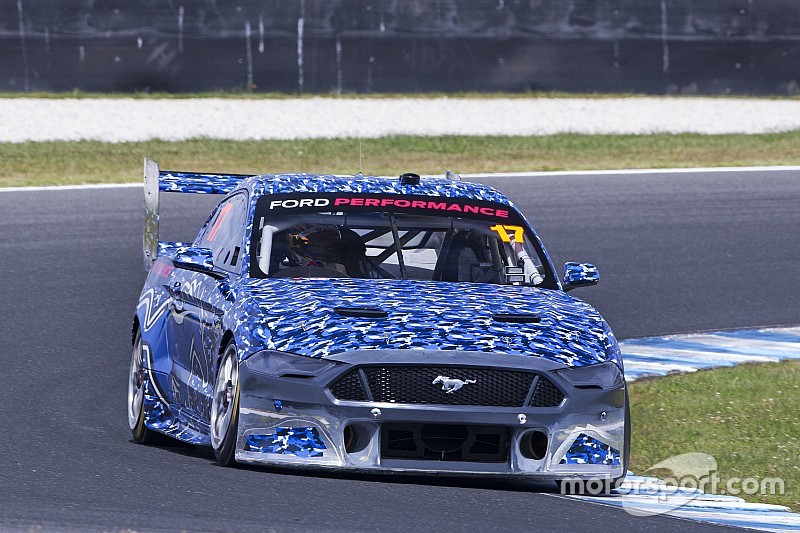 Having led the homologation and development of the car, the squad has now confirmed that it will lift the covers off its new challenger, complete with livery, on February 11.

The unveiling will be a fascinating acid test for the Mustang, which sparked a mixed reaction on social media when it made its public debut in camouflage colours last year.

Whether its swooping nose, high roofline and massive rear wing will be more universally pleasing in a race livery has shaped up as one of the biggest questions of the pre-season.

The DJRTP launch will take place in Melbourne, with Shell V-Power continuing as the major backer of the squad and Scott McLaughlin and Fabian Coulthard both locked in as drivers.

The team is also understood to have locked in its enduro co-drivers, with Alex Premat returning alongside McLaughlin and Tony D'Alberto back with Coulthard.

Tickford Racing is likely to begin launching its Mustang liveries around the same time, although is yet to lock down a firm date for any of its four cars.