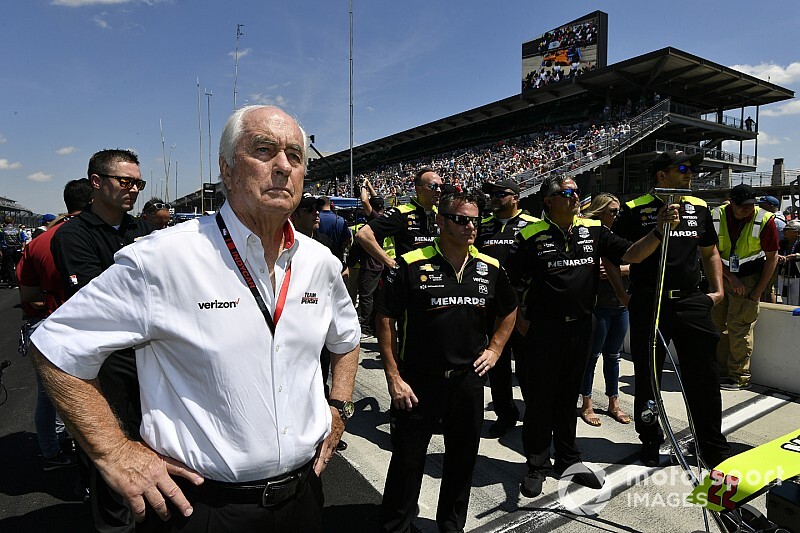 Roger Penske has invited Supercars team boss Roland Dane to run an Indy 500 wildcard entry – but with some cheeky conditions.

In a dig at the strict Supercars testing rules, the legendary US team owner says he and Michael Andretti would love to see Dane's Triple Eight squad run at the Indy 500... but only be allowed three days of pre-race running.

"What I want to do today, I want to say to Roland that Michael Andretti and I have gotten together and we want to have a wildcard at Indy," said Penske, who is at this weekend's Bathurst race.

"We’re going to offer it to Roland. He can come over, he can have three days of testing, 10 sets of tyres...

"We just want to know who will be his drivers, then we’ll maybe given them a little extra wicker when he needs it. We’ll just wait and see!"

Dane hit back with an equally cheeky "I’ll have the engine you did in 1994 then", a reference to the infamous Mercedes-Ilmor 500I powerplant.

The joke from Penske came in response to questions about a potential Penske wildcard entry at Bathurst in the future, similar to what Walkinshaw Andretti United has done this year with Alexander Rossi and James Hinchcliffe.

The two IndyCar aces came into this year's Great Race with just three days of testing at Winton, using a limited tyre bank, under their belt thanks to the local regulations.

While running a Penske wildcard involving Will Power seems like a logical step, the squad has long maintained the current testing rules make it unfeasible.

Penske also thinks DJRTP is better off focussing on its primary cars.

"Michael talked to me about maybe getting Will over here when he decided to do a wildcard," said Penske.

"I think from our perspective with all the racing we’re doing and knowing how competitive it is, to take any focus off this race I think we’d be better off running the two cars.

"It’s always something in the future, but we haven’t won this race and our focus here is on that.

"Maybe at another race we might do it, but I don’t see it in the future at the moment."