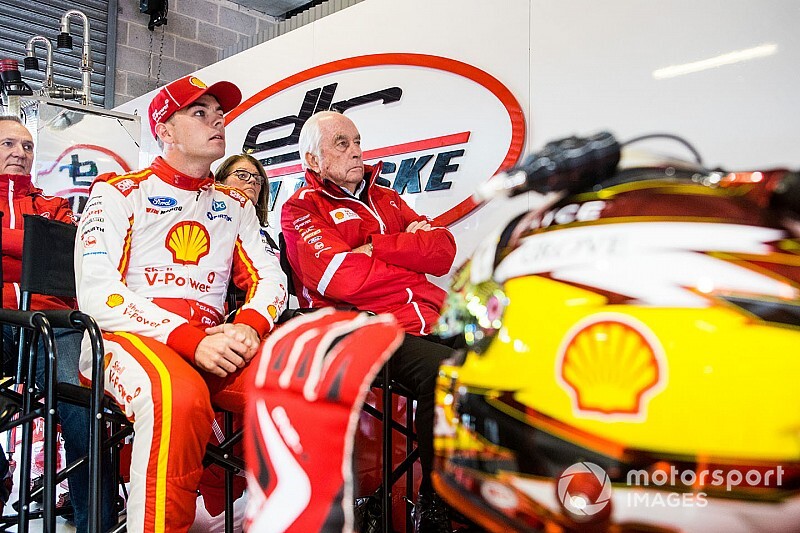 Roger Penske has hinted that a chance for Bathurst winner Scott McLaughlin in the US could come in the 'near future'.

McLaughlin has made no secret of his desire to race in NASCAR, the Bathurst 1000 – which he won alongside Alex Premat last Sunday – the final empty box on his Supercars wish list.

With a Bathurst crown now secured, pending the unlikeliest of outcomes from the upcoming team orders hearing, the door is well and truly ajar for a Stateside shift for the reigning series champ.

While McLaughlin is under contract for the 2020 Supercars season, Penske said told media during post-Bathurst celebrations that a US chance could come in the "near future".

However the legendary team owner also reiterated that McLaughlin won't be tipped straight into a Cup drive, with a lower-tier programme the preferred starting point.

“We’re running in three different series [in the US], we’ve got a job to do here, we’re committed to our sponsors on a long-term basis, so we have to look at that,” he said.

“I think that we want him to come over. He’ll have to start like we did here, but he’s got a good future and you’ll see him in America I’m sure in the near future.”

When pressed on whether the Bathurst triumph had fast-tracked any potential move, Penske added: “No. I think it’s just part of the plan.

“I think together with [Team Penske president] Tim Cindric and the rest of the team we just have to decide what the best path is that he’s able to move forward his career.”

McLaughlin now has nine of his 10 fingers on the 2019 Supercars title, his lead a whopping 622 points with three rounds to go.