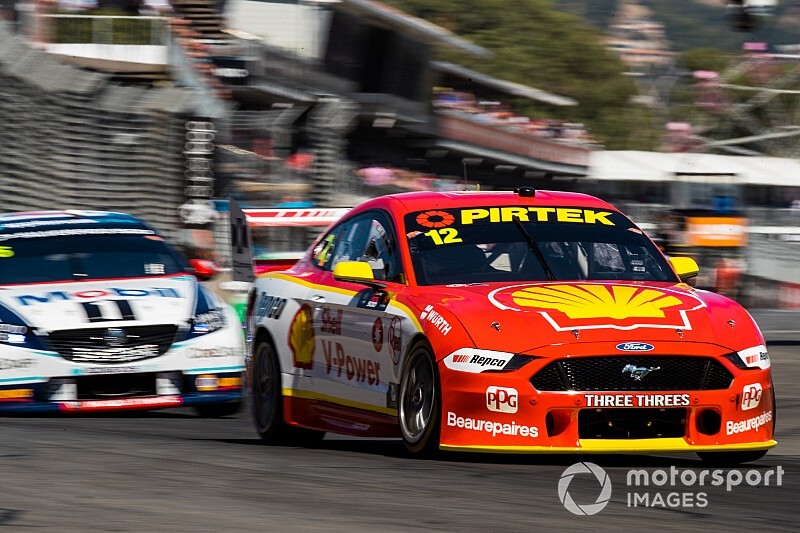 DJR Team Penske would prefer not to 'scrap' its current Supercars Mustang as soon as next season, according to Tim Cindric.

Supercars is facing a period of uncertainty over its 2021 regulations in the wake of General Motors' recent decision to shelve the Holden brand at the end of this year.

The category had been working towards a 2022 introduction of its new Gen3 technical regulations, however CEO Sean Seamer has admitted elements could be brought forward for 2021.

The most likely change, should there be any, would be lowering the height of the control chassis to better suit two-door cars – perhaps tempting GM into backing a Camaro programme.

That could be done by either the blanket introduction of a new control chassis, or by making concessions to the current chassis regulations and allowing current-generations cars to continue racing.

In an interview with The Race Torque during last weekend's Adelaide 500, Team Penske president Cindric hinted that DJRTP won't support any 2021 regulations that force the team into a new car.

"This is only the second year for this car," he said. "And we certainly don’t want to be doing another model of the car based on other circumstances."

Motorsport.com sought clarification from Cindric as whether that included altering the Mustang to fit a new control chassis, if needed: "This is a better question for Ford but our team has no interest in scrapping our current fleet."

Opinion among the current Holden teams is divided as well.

Some would prefer to stick with the Commodore for another year as planned before embarking on the costly process of a Gen3 switch.

Others are already seriously assessing other options.

According to Ryan Walkinshaw, his Walkinshaw Andretti United outfit would much prefer to be in a different model next year, with work on a change already underway.

However, despite sensationalist reports over the Adelaide weekend, there is no hard and fast commitment to ditch the Commodore – yet.

"The question I was asked is what we're going to run next year – and we don't know," Walkinshaw told Motorsport.com.

"We're working really hard, with lots of different options. Obviously with the Holden announcement, we're going to be pushing those discussion even harder to get that moving in the next few months so we can start working.

"Because if there's an opportunity to bring a new model in for next season, we need to be working now.

"It's different to when we had Falcon running after it was discontinued, because Ford still existed. But it's a very different situation now.

"Whatever that model is, our hope is that we're going to find an alternative. We certainly don't want to be running around in a product not sold in Australia.

"I'm not going into specific programmes and products, because it's not fair on the manufacturers that we're talking to. There's lots of different options. But we can't do anything until we know what the regulations with the chassis are."

Walkinshaw is linked to GM and Camaro through the Walkinshaw Group, which converts the road-going version of the American muscle car to right-hand-drive and sells them in the Australian market.