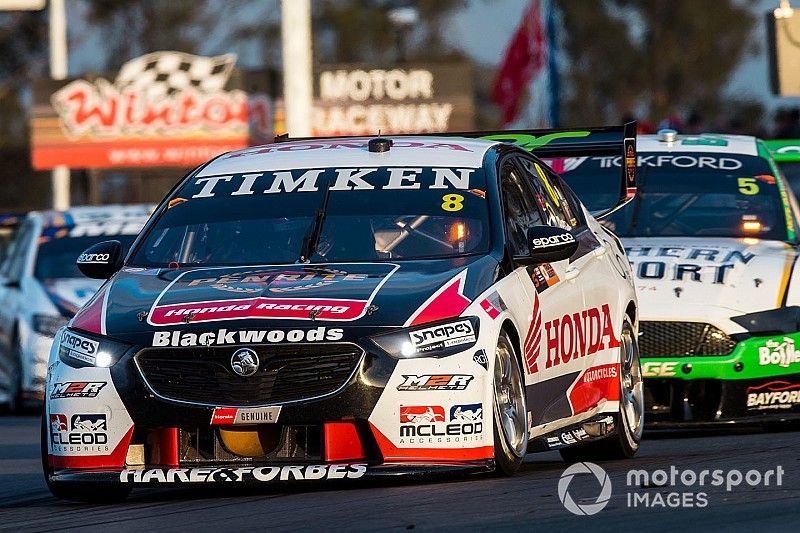 Nick Percat says he would have ignored a call from his Brad Jones Racing crew to make a late stop at Winton had he known he was running fifth.

The BJR driver was running fifth in the closing stages of today's 200-kilometre race when a late Safety Car led to an unsuccessful strategic gamble.

The team – operating without team boss Brad Jones, who is currently holidaying overseas – opted to pit Percat for a fresher set of used rubber, with hopes of chasing down the frontrunners before the flag.

However doing so dropped him back to 12th, and the five-lap dash to the end after the restart was only enough time for him to get up to ninth.

Disappointed with the decision, Percat admitted after the race he didn't know he was running so far up the field – and if he had done, he would have ignored the call.

"We just threw away a result," he said.

"Pretty disappointing. Car #8’s side worked crazy hard to get the car into that position, you could see the other two guys still struggling and we were in that top six, seven.

"For me it felt like I drove every single lap as a quali lap to try and hang in with [Jamie] Whincup, so massively disappointing.

"It’s hard to be in the top five, so to throw one away like that is not ideal.

"I didn’t even know I was fifth, otherwise I would have ignored the call and taken the risk of fighting people at the end."

"But it is what it is. I’m sure we’ll debrief and once Brad gets back from overseas, he might actually have some input.

Percat added that he asked the team three times if it was the right call before making the additional stop.

"I said no. Three times [I] asked is it the right decision and said ‘are you sure?’," he said.

"I just followed team orders, because otherwise I’d get in trouble.

"Tyre quality doesn’t win the race at Winton because you can block too easily. It’s just annoying."