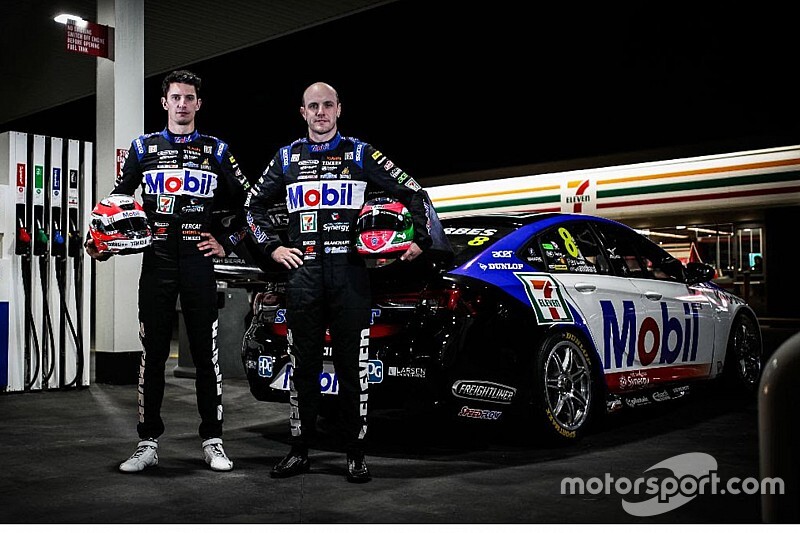 Nick Percat and Tim Blanchard's Brad Jones Racing Holden will sport the iconic colours of Mobil at the Bathurst 1000.

The Bathurst colours come as part of a tie-up between BJR, Mobil and 7-Eleven, which started at the Phillip Island round back in April.

While the first livery was heavily focussed on the convenience store chain, the Bathurst version showcases the famous blue, red and white of Mobil.

For team owner Brad Jones the livery has special significance, the branding a reminder of his stint as Peter Brock's teammate at Mobil 1 Racing back in 1989.

“The Bathurst 1000 is anything but predictable; this race can mentally destroy drivers and teams or help you produce the greatest moment in your life,” said Jones.

“Bringing Mobil back to the mountain in collaboration with 7-Eleven has rekindled a lot of memories of Peter Brock and I racing together.

"He was a tough competitor, but more than that he loved racing his car. It’s the same for my brother [Kim Jones] and I, and the entire team at Brad Jones Racing.

"We love racing and we know it’s not predictable, which is one of the driving forces that keeps us pushing forward each week.”

BJR is one of a number of teams conducting their pre-Bathurst test at Winton today, along with Walkinshaw Andretti United, Tickford Racing, Erebus Motorsport and Garry Rogers Motorsport.

WAU will actually be in action at Winton for the next three days, as IndyCar stars Alexander Rossi and James Hinchcliffe acclimatise to their Holden ahead of a wildcard appearance at the Great Race.