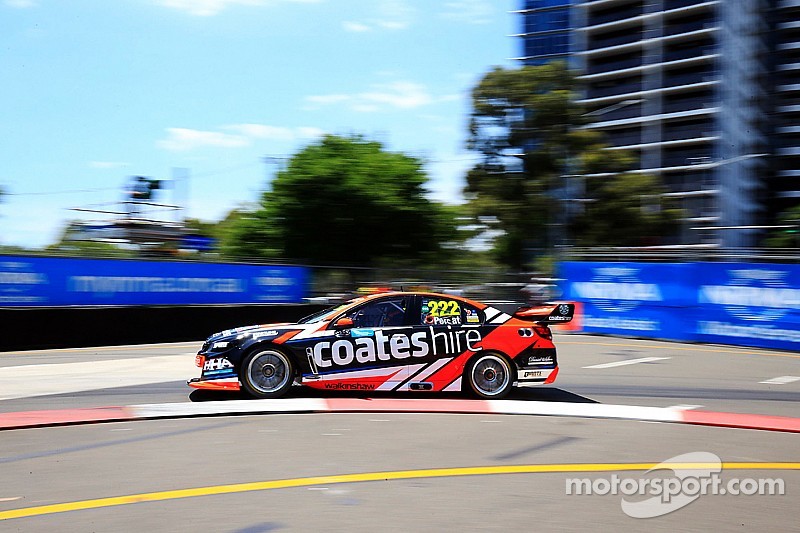 A massive storm created havoc for a second day at the NRMA Sydney 500 at the Homebush street circuit, forcing the final race of the 2014 V8 Supercars Championship to be abandoned, with Coates Hire Racing’s Nick Percat finishing both the race and his maiden championship in 11th place.

The order remained static with all eyes looking skyward as the storm loomed large on the horizon. It hit the former Olympic village with a vengeance at half race distance with drivers racing into the pits for fuel and wet weather tyres.

The safety car was quickly scrambled and with track conditions totally undriveable the race was suspended on lap 45 and shortly after declared over, as storms and heavy rain continued to lash the circuit.

Nick Percat:  “It’s a real shame we couldn’t complete the full race distance, but it was the right call to stop, as it was way too dangerous out there.

“It has been an amazing year and I really want to thank Alex and Ty and all the boys who worked so hard on my team. I’d also like to thanks James Rosenberg, Ryan Walkinshaw, Adrian Burgess, Coates Hire, who have been my wonderful long-term supporters, HHA and all our other sponsors”.