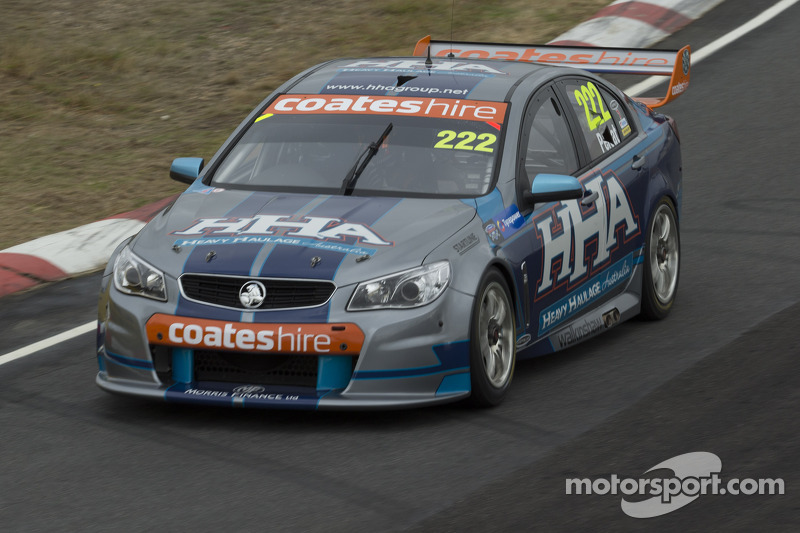 Percat has enjoyed excellent practice and qualifying form, finishing in the top ten on several occasions.

Coates Hire Racing’s Nick Percat believes the insight he received from the ‘King of Pukekohe’, Greg Murphy; stand him in good stead for a strong result this weekend at the challenging circuit, south of Auckland.

Percat has enjoyed excellent practice and qualifying form; finishing in the top ten on several occasions, but a top ten race result has so far eluded him.

The ITM 500 Auckland to be run over all three days of the Anzac Day long weekend sees drivers vying for the Jason Richards Memorial Trophy, named in honour of the late Kiwi V8 Supercar star who passed away in December 2011.

Percat made his debut there last year, alongside Murphy in the New Zealand Super Tourers and he found the circuit enjoyable and challenging.

Before heading to New Zealand Percat said, “I made my debut there with Greg’s team last year and was very fortunate to learn all the tricks of the track from the ‘King of Pukekohe’ himself. He has given me an insight into what I need to do in the HHA Racing Holden Commodore and I have also been watching heaps of in car vision, as there is very little turn around time from practice to qualifying.

“It’s a track that requires a driver to be very committed with a car that can work the flowing sections of the track and be nimble in the tighter new section”.

This is the first time in the 55-year history of the Australian Touring Car Championship/V8SC that a race will be held on ANZAC Day.

Holden drivers have won 23 of the 25 V8 Supercars races held at Pukekohe, so its odds on that one will claim the Jason Richards Memorial Trophy.

Three New Zealanders - Shane van Gisbergen, Scott McLaughlin and Fabian Coulthard - will line up in the 25-driver field and all three sit in the top 10 in the championship - Coulthard third, van Gisbergen sixth and McLaughlin 10th.

V8 Supercars Championship leader Craig Lowndes has won 96 ATCC/V8SC races at 18 different circuits, but is yet to win at Pukekohe. His best result is second place from 25 V8 Supercar race starts at the circuit.

Lowndes will make his 226th ATCC/V8SC event start at Pukekohe, tying him with John Bowe for second on the all-time list.