Perkins to replace Murphy as co-driver for Courtney 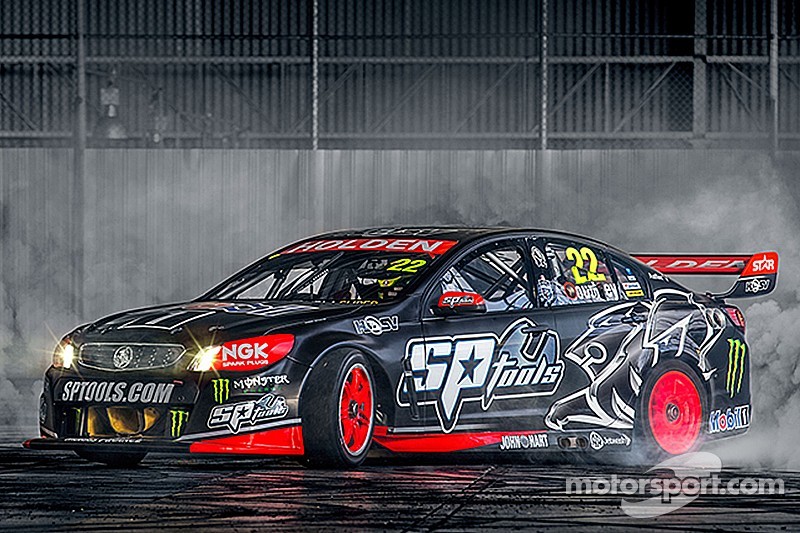 Greg Murphy has relinquished his place within HRT.

The hat changing continues as we edge closer towards the start if the 2015 V8 Supercars season. So far, we’ve seen Lee Holdsworth go from a Mercedes to a Ford and then to a Holden, we’ve seen Mark Winterbottom’s former engineer jump ship and join forces with Craig Lowndes and we’ve also seen David Wall depart from Dick Johnson Racing to fight alongside his new teammate, Scott McLaughlin, at Garry Rogers Motorsport.

And that’s just the short version of the story.

Adding his name to the list is Jack Perkins who, until last year, drive the #18 Jeld Wen Ford Falcon for Ford Performance Racing.

It’s just been announced, however, that Perkins will be moving over to the Holden side of the force and will be the co-driver for the #22 of James Courtney. With the position becoming vacant due to Greg Murphy’s decision to put down the steering wheel and pick up a broadcasting microphone, Perkins will pilot the Holden Racing Team’s Commodore for the Enduro Cup in 2015.

“Like so many Australian kids, I grew up dreaming of racing for HRT so it’s a fantastic feeling,” said Perkins.

As one of only three known professional race car drivers with Type 1 Diabetes, Perkins’ tenure at Ford ended after the 2014 season with dismal results to show. Although 2014 was his first full-time driving season in a V8 Supercar since 2009, the young Perkins remains a fan favorite.

Although Perkins doesn’t have an illustrious career in V8 Supercars to show for, you can guarantee that he’s far from finished with his racing adventures. A nine-time Australian GT race winner, seven-time Dunlop V8 Series race winner and five-time New Zealand V8 SuperTourer race winner, Perkins will undoubtedly be looking to bring that magic with him to his new home at HRT.