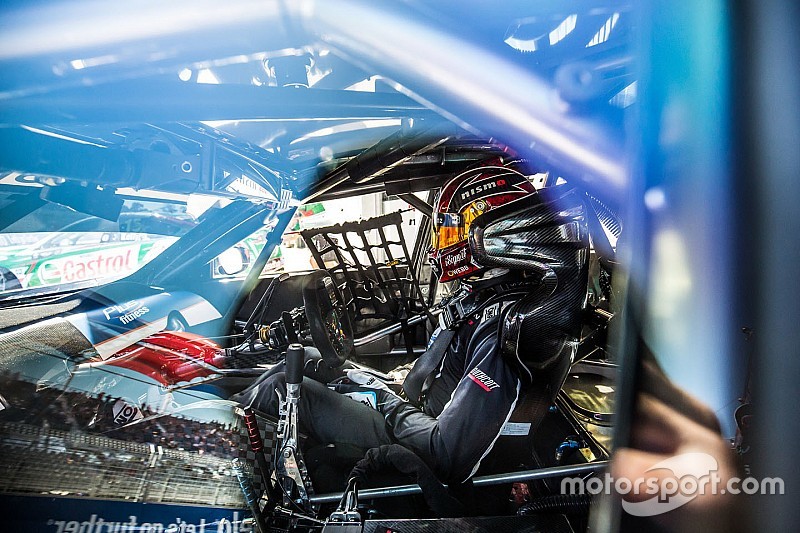 Nissan's Andre Hiemgartner was the surprise pacesetter from the opening Supercars practice session at Barbagallo Raceway in Perth.

Points leader Scott McLaughlin made a fast start to the 45-minute session, dropping straight into the 55s with a 55.825s on his very first run.

That left him more than half a second clear of the field, before Mark Winterbottom reduced the gap to 0.3s with a 56.208s on the 11-minute mark.

After that early flurry the session stabilised, with few noteworthy improvements right at the top of the times. In fact it wasn't until inside the final five minutes that anybody made a dent into McLaughlin's gap, Jamie Whincup becoming the second driver into the 55s with a 55.938s to slot into second.

With a little over three minutes to go, McLaughlin was finally knocked off top spot, Scott Pye going quickest with a 55.713s.

However Pye's stint at the top was short-lived, Heimgartner popping up on his very last run with a 55.682s to leave him 0.03s clear of the field.

"The car's been good, and we've had a new strategy on how to attack setting up the car, which seems to have worked pretty well," said Heimgartner.

"I'm not getting too excited just yet because you never know what could happen. But it's a good start to the weekend."

Pye was second, while Craig Lowndes dropped into third with a 55.784s on his final run.

McLaughlin ended up fourth thanks to that early lap, with title rivals Jamie Whincup and David Reynolds fifth and sixth.

Michael Caruso made it two Nissans in the Top 10 with seventh, while Anton De Pasquale was the star rookie in eighth.

Lee Holdsworth and Jack Le Brocq rounded out the Top 10.

There are a few big names with work to do in this afternoon's second practice session if they want direct passage to Q2 tomorrow, with all four Tickford drivers missing the Top 10.

Shane van Gisbergen was also well off the pace, finishing just 22nd, while Fabian Coulthard was a spot further back in 23rd.

Rick Kelly, fresh off the back of two podiums at Phillip Island, was just 24th fastest.