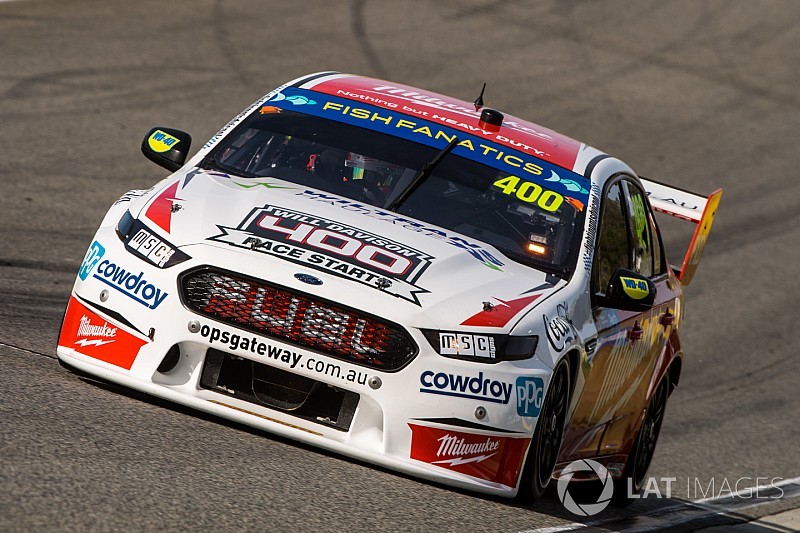 Will Davison led the Supercars field in the final practice session before qualifying at Barbagallo Raceway.

A green tyre run late in the 20-minute session was key for the 23Red Racing driver, Davison popping up on top with two minutes to go thanks to a 55.284s.

However, having missed out on the combined Top 10 from yesterday's two practice session, Davison will still have to go the long way in qualifying later today starting with Q1.

"It's a big tyre gain here. We held back a little yesterday; it's hard to know what's going on," said Davison. "We put our best tyre on that we had to try and get a read and understand the balance for qualifying.

"We made quite a few changes overnight, so I think we improved some things. We can still tune it up a little bit. But it's great for the team, it's the first time we've topped a session."

The two Penske Fords were next, Fabian Coulthard leading Scott McLaughlin. Friday pacesetter McLaughlin led the way for much of the second half of the session, and was set to go even quicker with a couple of minutes to go only to slide off at the last corner.

"The aim was to go deeper, but not 25 metres deeper," he explained. "I just went way too deep. I locked the left front on white line, I was just trying to open the corner up. The car is fast but I've got to put it together. I'll give myself a kick in the arse and move on."

Shane van Gisbergen was quick early but ultimately filtered back to sixth, while Andre Heimgartner was best of the Nissans in seventh.

There were some big names right at the bottom of the timesheet, with Jamie Whincup and Mark Winterbottom 25th and 26th respectively.

"No real story. The car is good, we're chipping away at our plan," explained Whincup. "Everyone used different tyres there which is crazy, we're normally all pretty well aligned. We obviously used bad tyres and some of the other guys used better ones. No panic stations here."

"We just did a race run," said Winterbottom. "It was painful 20 minutes because everyone is coming out on [good] tyres with their headlights on, and you're just in a race run.

"We did about 25 laps, we maximised every minute of the session. I rolled out and we just got straight into it."