Peter Brock’s life to be celebrated at Bathurst 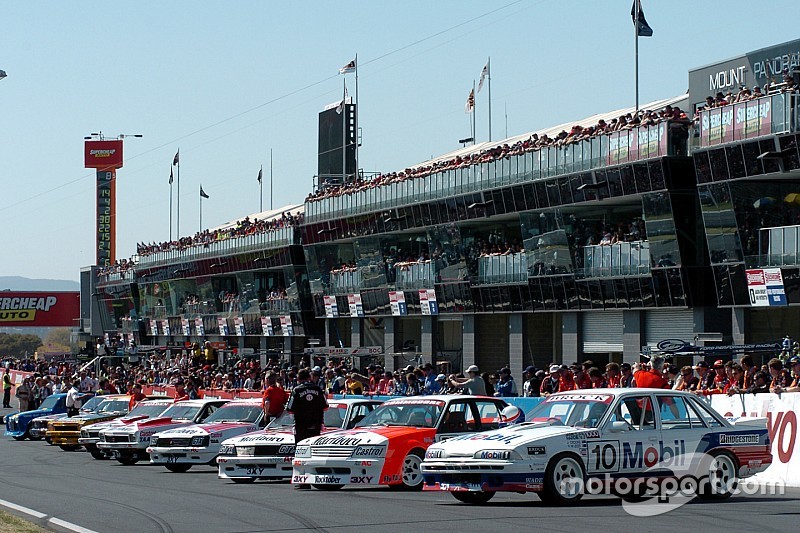 This year’s Bathurst 1000 will pay tribute to the life of Australian motorsport legend Peter Brock.

The 2016 running of The Great Race marks the 10 year anniversary of Brock’s death, the nine-time Bathurst winner’s life cut short when he crashed during a tarmac rally in Western Australia.

Supercars organisers today confirmed that a number of Brock’s famous cars, including his Bathurst winners, will be on display at Mount Panorama across the Bathurst 1000 weekend as a tribute to the Australian sporting icon.

"Peter Brock left an incredible legacy for our sport and it's only fitting that we should recognise it at this year's Supercheap Auto Bathurst 1000," Supercars CEO James Warburton said.

"He was not only a brilliant driver but he changed the sport. He opened it up to new audiences and ushered in a new professional era. Most of all, he cared passionately about the fans.

"Today our drivers are among the most accessible athletes in Australian sport and that is in large part due to the legacy of Peter Brock."

It was also confirmed today that the Harvey Normal Supergirls entry will return to Bathurst this year.

While originally announced as a two-year plan, Simona de Silvestro’s return had been in doubt given that Formula E scheduled its new Hong Kong round on the same weekend as the 1000.

However, de Silvestro will make the trek back to Mount Panorama for a second time to race alongside Dunlop Series regular Renee Gracie, adding to speculation that she may be out of a Formula E drive for the series’s third season.

Fox Sports will broadcast the 2016 Bathurst 1000 through a 24/7 dedicated channel in Australia, which will kick-start on October 3 with a number of documentaries leading into the event coverage.