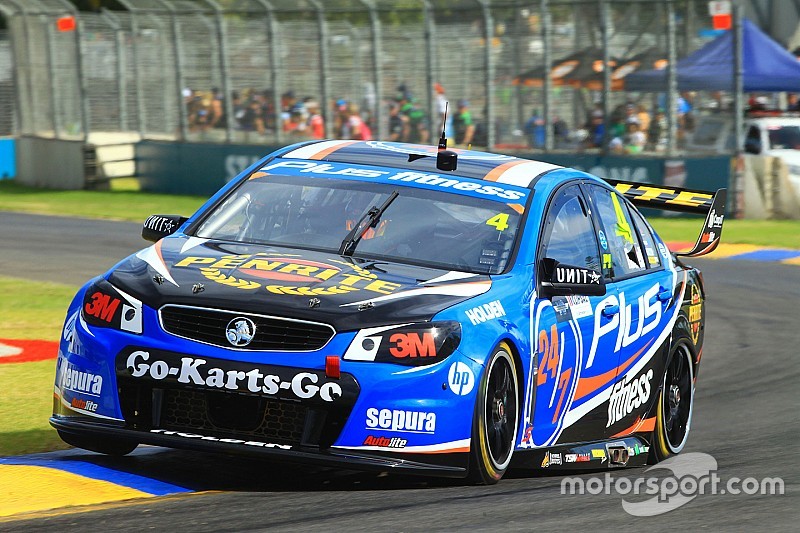 Aaren Russell has split with Supercars team Erebus Motorsport, according to the young driver’s sponsor Plus Fitness.

Plus Fitness put out an announcement today confirming that it will also end it agreement with Erebus, citing the split between the Melbourne-based team and the Russell family as the reason.

“Plus Fitness Racing has decided to withdraw its sponsorship with AR Racing and car #4 from the 2016 Supercars Championship due to ongoing contractual disputes between AR Racing and Erebus Motorsport,” read the statement from Plus Fitness.

“AR Racing [the Russells] informed John Fuller from Plus Fitness of their decision to terminate the arrangement with Erebus therefore as their main Sponsor Plus Fitness have decided to support the Russell’s actions and also withdraw.

“A key determining factor for Plus Fitness in sponsoring a rookie driver in a low ranking team was to rely on back of garage track activations. Plus Fitness have been restricted from doing this due to factors outside of their control and for reasons they believe are due to the relationship between AR Racing and Erebus Motorsport. This has also impacted on their decision to withdraw.

“Plus Fitness Racing is currently reviewing its commercial arrangements with Erebus and car #9 and driver David Reynolds will remain a Plus Fitness Brand Ambassador for the remainder of the 2016 season.

“Plus Fitness Racing is committed to its involvement in motorsport and is currently looking at options for the remainder of the season and beyond.”

The issues between Plus Fitness and Erebus came to light during the Townsville weekend, with Plus Fitness logos appearing on the LD Motorsport cars on Saturday after Fuller reportedly had a falling out with the Betty Klimenko-run team.