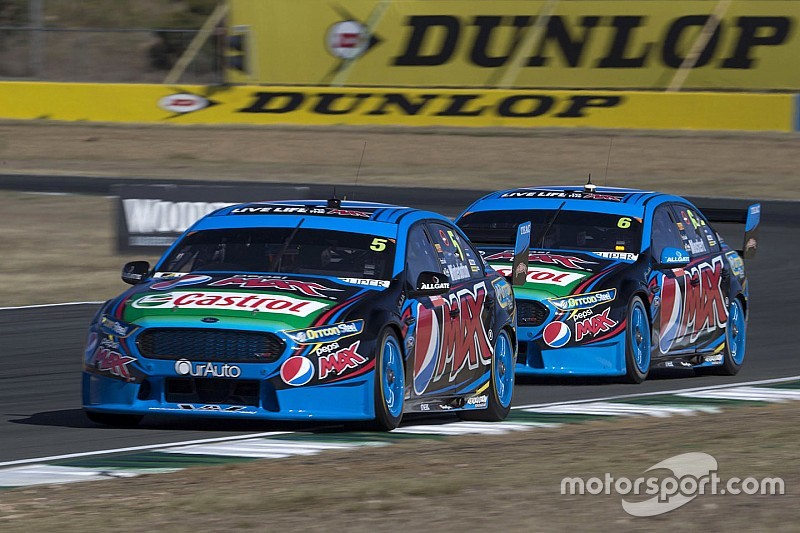 Both Mostert and Winterbottom got the job done on their first lap on green tyres, Mostert edging out Winterbottom by just over 0.07s.

It is Mostert’s second pole for the weekend, and his eighth for the season.

“Fantastic effort by the guys,” he said.

“The ‘hard’ car is amazing, hopefully it can transfer to the ‘soft’ car for the race. I’m super pumped.”

Today’s 200-kilometre race could boil down to a straight PRA versus Triple Eight battle, with Craig Lowndes and Jamie Whincup qualifying third and fourth respectively, ahead of David Reynolds and Jason Bright.

Will Davison was a late improver, making 18 spots on his second green lap to qualify seventh, while James Moffat led Nissan’s charge in eighth.

Nick Percat and Michael Caruso rounded out the fifth row.

Fabian Coulthard had an improved session, but could still manage just P11, while Scott McLaughlin lost his Saturday form and slipped back to 13th on the grid.

“We just tuned the car a little worse on the tyres we had at the start of qualifying,” he explained.

“It’s a long race today, we’ll fight back. The car is good, we just went the wrong way with the qualifying set-up.”