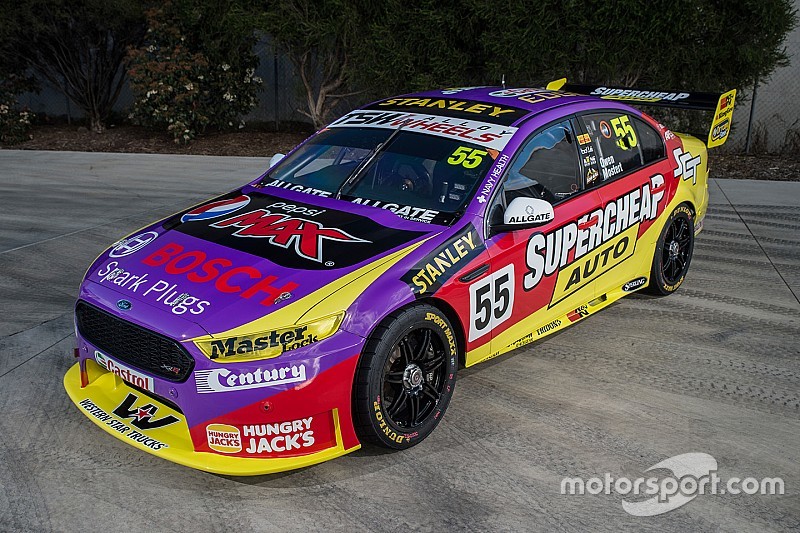 Prodrive Racing Australia has pulled the covers off its first retro livery ahead of the heritage-themed Sandown 500.

Chaz Mostert’s #55 Ford will carry colours reminiscent of those used by Steve Ellery and his Supercheap-backed AU Falcon during the 2002 season.

He and co-driver Steve Owen will also wear suits modelled on what Ellery wore during the ’02 season, with Mostert set to cap off the retro feel by growing a moustache.

"It's really cool to be able to take a look back through all of Supercheap Auto's old liveries and have one on our car at Sandown," said Mostert.

"Supercars has such a long history and to be able to celebrate that with a brand that has been in the sport for as long as it has is really exciting.

"The car looks pretty different with the purple on it but I'm really keen to get it out on the track with my co-driver Steve Owen and give it a good run.

“I’m growing the mo' back for it. We've got some pretty cool retro-inspired race suits to wear too so I'm excited."