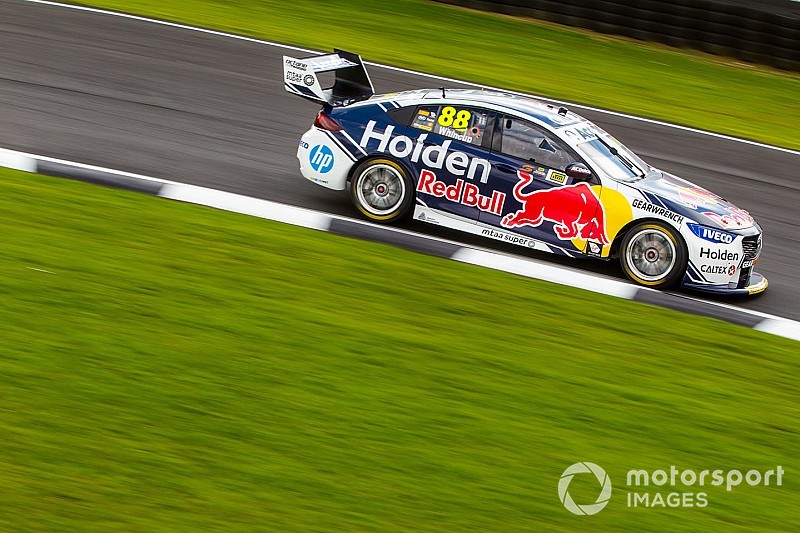 Jamie Whincup has secured his first Supercars pole position of 2019.

The Triple Eight driver converted his qualifying pace into an unstoppable Top 10 Shootout performance, a 1m01.666s in the single-lap dash leaving him 0.19s clear of the field.

It's Whincup's first pole of the 2019 season, his last coming on the Sunday at Pukekohe last November.

“I had a reasonable lap, not perfect,” said Whincup.

“The track conditions were slightly different to qualifying. The car was fantastic. I couldn’t be happier.”

Lee Holdsworth will start from the outside of the front row, the Tickford driver making up three spots compared to qualifying as he went agonisingly close to a first pole in nine years.

“I knew with Jamie and a few of the others on greens we would probably get knocked off,” said Holdsworth.

“I’m stoked. We used a set of used tyres then, we’d done a run on them already in qualifying, so to pull that time out was brilliant.

“[Cam Waters] gave me a tip that the track was pretty good before my run, so that was a bit of a help.

“It’s great to be second and third, hopefully we can finally get a bit of that silverware.”

Waters was the big mover in the field, improving to the tune of seven spots to qualify third.

Fabian Coulthard will start ahead of teammate Scott McLaughlin for a second day running, the Penske pair fourth and fifth, while Saturday race winner Shane van Gisbergen will start sixth.

The fourth row is all Tickford, Chaz Mostert seventh as Will Davison dropped from second in qualifying to eighth thanks to a mistake at Turn 4.