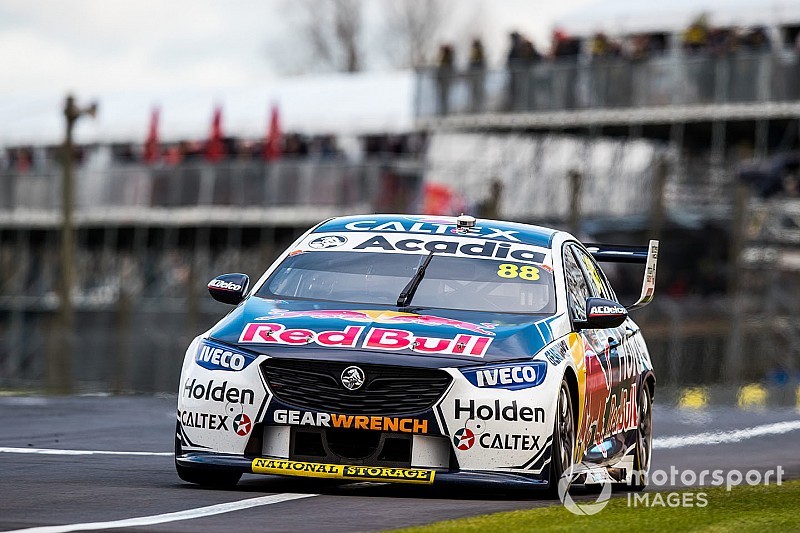 Jamie Whincup will run last in the Top 10 Shootout at Pukekohe today, as David Reynolds crashed out of qualifying.

Whincup, who was stripped of a podium finish yesterday, came out firing in the 20-minute session, a 1m01.958s putting him on top after the first runs.

Having been briefly displaced by Chaz Mostert, Whincup returned to the top right with a 1m01.562s on his second run.

Only needing to finish in the Top 10, Whincup elected to sit out the final runs. However nobody was able to run down his time, Will Davison getting closest but still falling 0.02s short.

Scott McLaughlin was sixth quickest, the points leader surviving a wild spin coming onto the front straight on his final run.

The high-speed off destroyed a foam advertising board, but McLaughlin did just enough to keep his Penske Ford out of the wall.

Reynolds, however, won't feature in the Shootout, the Erebus driver smacking the Turn 4 wall on his first green tyre run.

The crash led to a red flag, which cost him his fastest lap and ruled him out of the rest of the session.

He'll start today's 200-kilometre race from way down in 22nd.