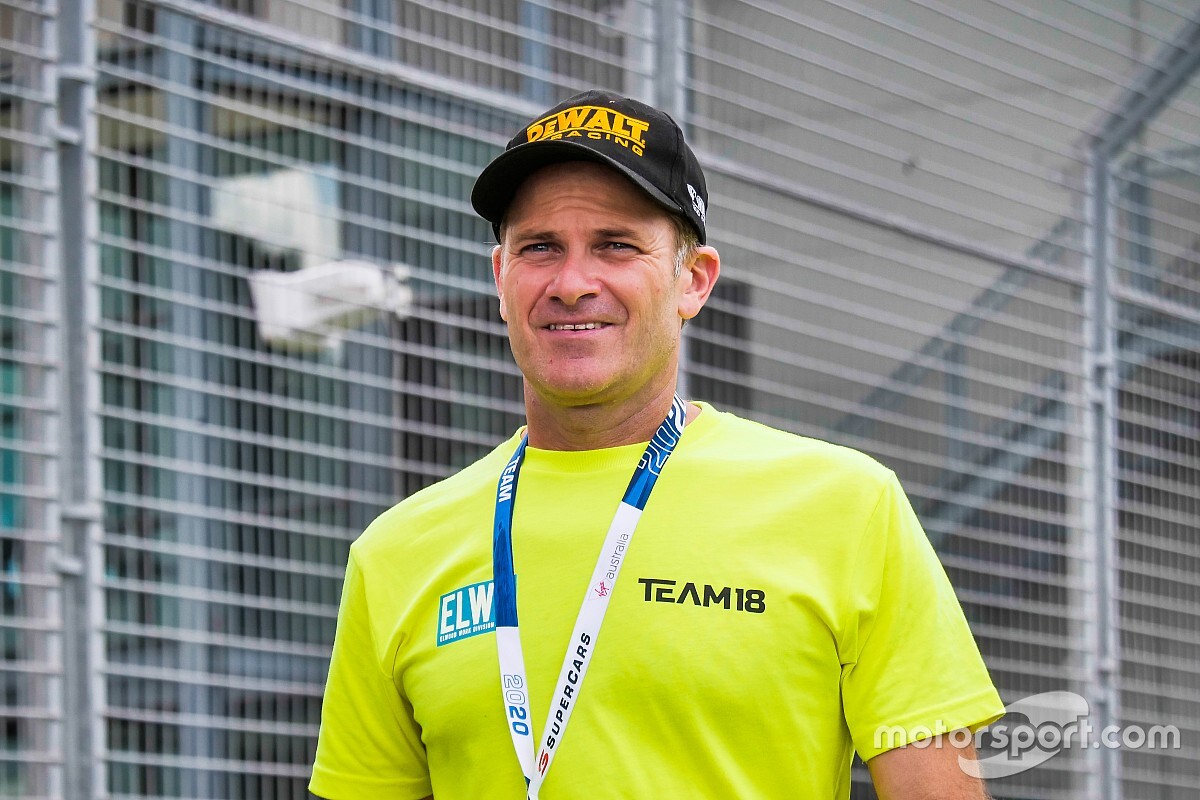 Top Supercars engineering talent Phil Keed will work directly with Scott Pye in Sydney this weekend as part of a staffing shuffle at Team 18.

Keed was originally named as the leader of the engineering group as part of the squad's expansion to two cars this year, with Manuel Sanchez recruited from Garry Rogers Motorsport as race engineer for Mark Winterbottom and Matthew Saunders moved from Winterbottom's car to the lead role on Pye's car.

However, amid a staffing shuffled sparked by the 13-person rule for this weekend's Sydney Motorsport Park round, Keed will take over the race engineer role for Pye in place of Saunders.

"We've culled a few people that can go to the track, which is a bit of a shame. We've swapped a couple of positions around," explained team owner Charlie Schwerkolt on the latest On the Grid podcast.

"It is going to be different; limited data, the pitstop situation, less people...

"We've got a new engineer, an old face on Scotty Pye's car. We've changed a few things around there. He's got Phil Keed as his engineer, the most experienced guy on the engineering side. He'll be looking after that.

"We've got a good crew to make it all happen and work. We should go okay."

Schwerkolt also explained how he's needed to be creative to travel between the team's Melbourne base and his home in Queensland during the pandemic.

With Queensland's borders only open to essential workers, he's been moonlighting in the freight industry to help get from Queensland into New South Wales and then down to Victoria.

There's he's been able to continue servicing both the race team and his successful forklift business.

"My head office of my business is in Melbourne and I've commuted down to Melbourne for about 11 years now," he said.

"They couldn't keep me away. I came up with an invention of using our old SuperUte transporter, which is a Chevrolet pick-up truck, and a fifth-wheeler trailer. And I've been transporting cars down to Melbourne, that pays for my fuel.

"I take the cars down to Melbourne and unload, and then stay down there for a week. And then see if there's some freight and bring it back to Queensland.

"I've got a couple of cars that are hooked up and ready to go for Monday after the [Sydney] race. It gets me across the border, it's essential travel. The things you've got to do..."