Triple Eight has unveiled the Red Bull Holden livery its two Commodores will carry during the 2020 Supercars season. 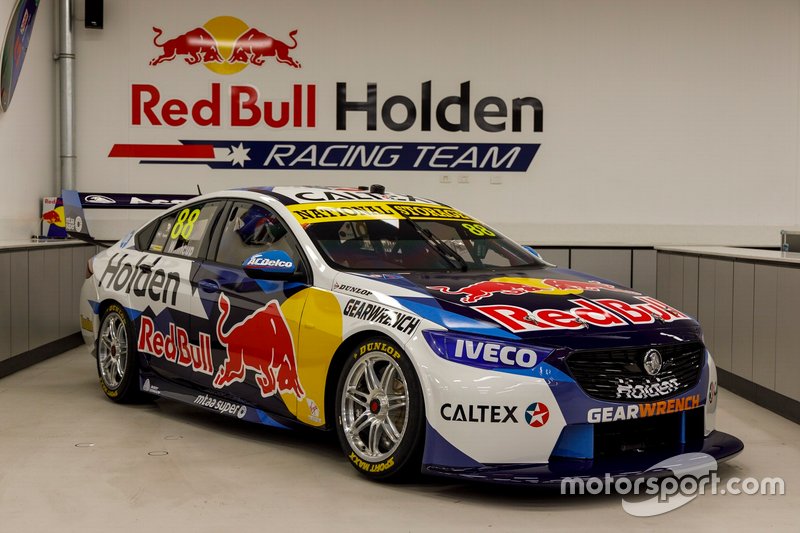 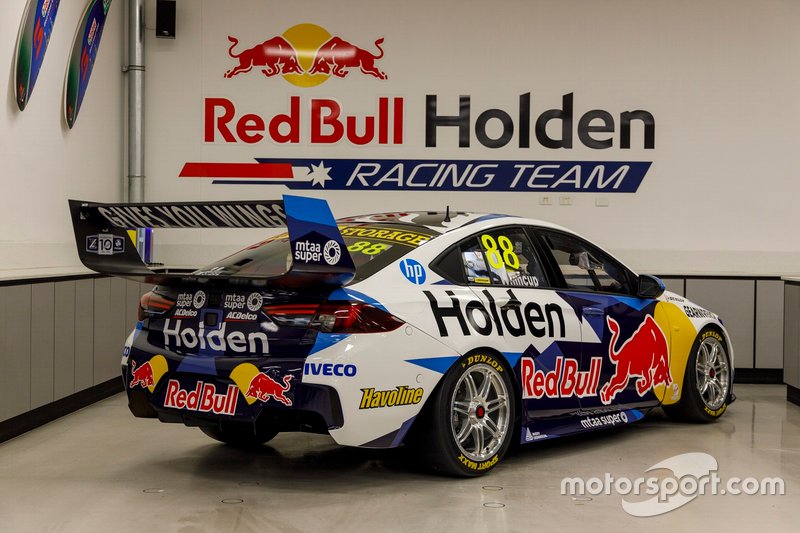 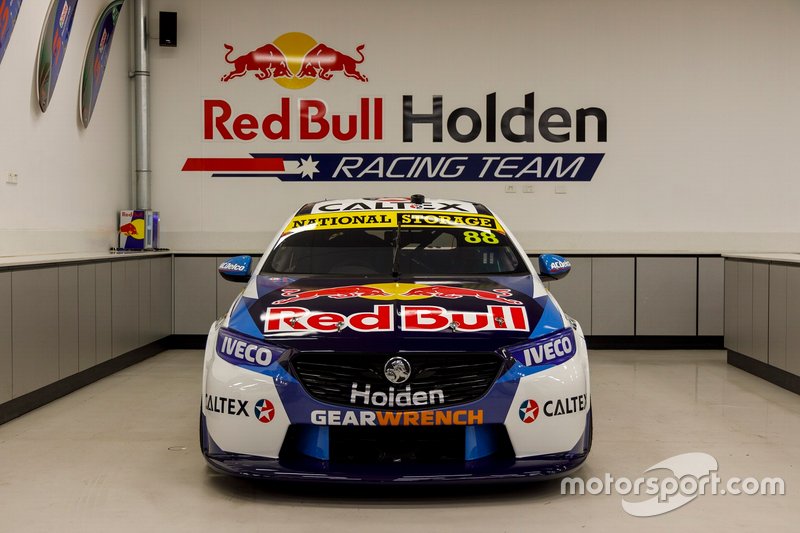 The livery is an evolution of last year's look, with added splashes of light blue and white background for the Holden signage across the rear doors.

The diagonal lines of the 2019 livery are also gone, replaced with what the team has termed 'geometric shapes' as the two blues cut into the white.

“[It's] great to see the car for the first time today, we were lucky enough to see a sneak peek of the livery late last year but to see it in full on the Commodore, it looks fantastic," said driver Jamie Whincup.

“We set the bar really high with our Bathurst livery last year so for the teams at Red Bull, Holden and the commercial crew here at Triple Eight to come up with something different, new and fresh, they have done a remarkable job and something the fans will be keen to cheer on at the track."

GM Holden chairman and managing director Kristian Aquilina added: "We're excited to see the covers come off the 2020 Red Bull Holden as the team looks to reclaim top spot in the Supercars Championship this year.

"The team has done a fantastic job on this year's livery and we look forward to giving Holden fans plenty to cheer about at racetracks across Australia and New Zealand in 2020."

All four of the teams drivers were on hand for the launch at the team's Brisbane workshop, regulars Whincup and Shane van Gisbergen joined by enduro partners Craig Lowndes and Garth Tander.

The 2020 Supercars season kicks off with an all-in test at The Bend on February 18, two days before the first practice session for the Adelaide 500.